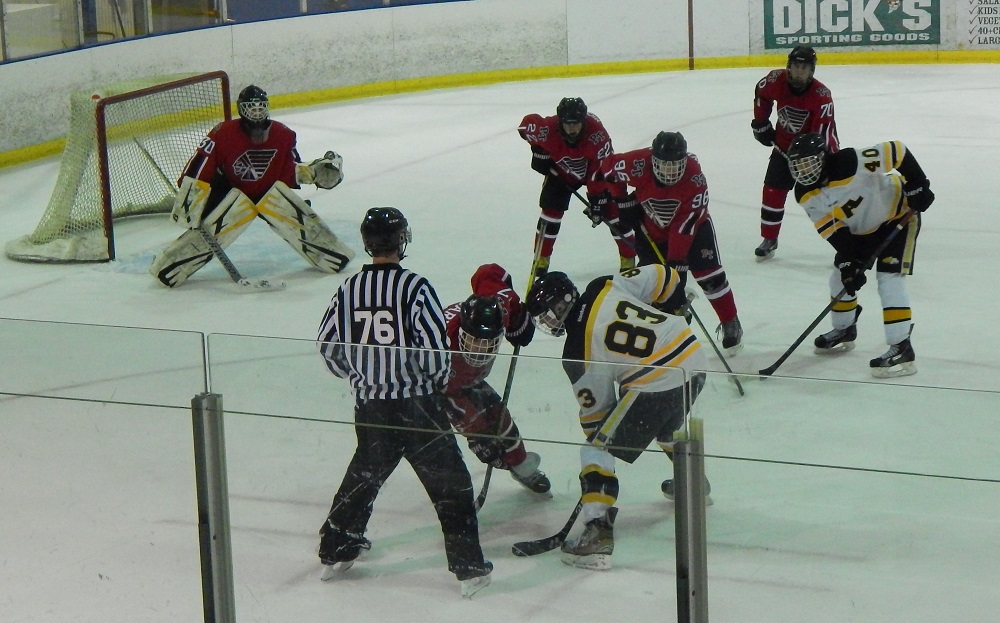 In a battle between the two top teams in the Class AAA standings, the North Allegheny Tigers maintained their hold on first place with a 3-3 tie against the Peters Township Indians on Thursday night.  The draw extends the NA unbeaten streak to eight in a row and keeps the Tigers two points in front the Indians in the standings.

It appeared the first period would end scoreless but the Tigers drew first blood with a goal by Erik Chidester with 12 seconds remaining in the period. The lead grew to 2-0 when Dawson Richard scored for the Tigers at the 2:45 mark of the second period.  However, the Indians managed to tie the score at 2-2 with markers by Scott Weaver and Matt Amelio by the end of the period.

In the third, North Allegheny took a 3-2 lead on a Dominick Zangaro goal with 3:49 remaining.  Following a roughing penalty on the Tigers, Peters Township evened the game on Amelio’s second goal of the contest with 1:28 left in regulation.

Peters Township had another golden opportunity to win the game with a power play in overtime, but the NA defense and goalie Joseph Hubert kept the Indians off the board as the game ended in a 3-3 draw. Hubert stopped 18 of 21 shots while Indians goalie Tony Lejeune made 29 saves in 32 attempts.

First-place North Allegheny is 14-2-4 following the tie and Peters Township sits at 14-3-2. The Tigers have two games remaining in the regular season and will visit Butler on Monday night. Face off is slated for 7:10 pm.