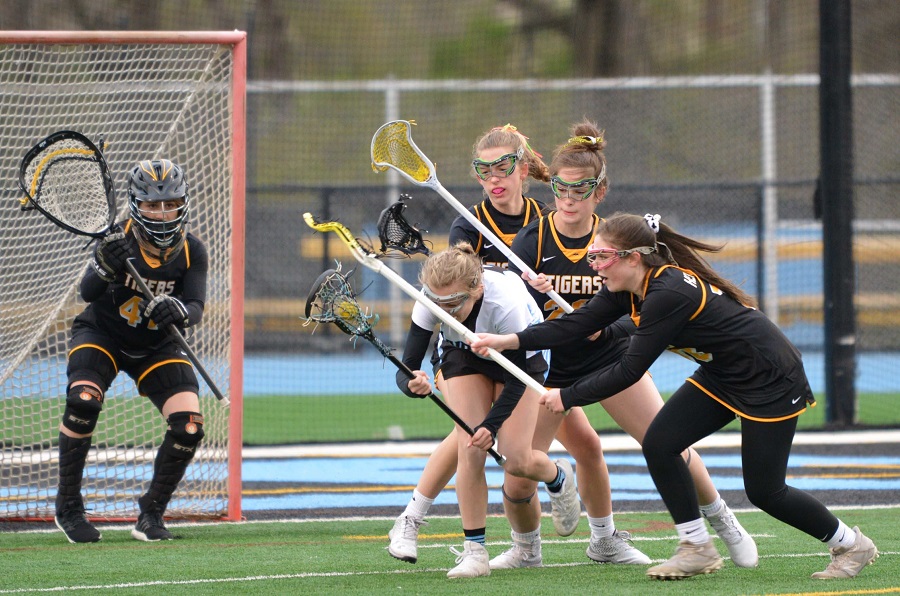 The North Allegheny girls’ lacrosse team made it eight wins in a row on Thursday night with an 18-8 victory at Seneca Valley in Section 2-AAA action. Senior Skye DePrado scored four of her game-high seven goals in the first 3:30 of the game as the Tigers jumped out to a 9-0 lead in the first half and never looked back. Seneca Valley junior Payton Riddle netted five goals but her efforts were too little, too late, for the homestanding Raiders at NexTier Stadium.

Junior Allison Lyon displayed her playmaking ability on both offense and defense, posting two goals and providing strong defense on the back end. Alyssa Redshaw and Bella Falo tallied one goal each and Emma Lafayette helped facilitate the offense with three assists.

Senior Marissa Hess was outstanding on defense, to go along with three ground balls. Freshman goalie Izzy Trunzo made seven saves to earn the victory in net.

North Allegheny leaps to 8-1 overall and 6-0 in Section 2-AAA. The Tigers look to keep their hot streak going with a tough home contest against Sewickley Academy on Tuesday night. The game will be broadcast live via the internet on the North Allegheny Sports Network.