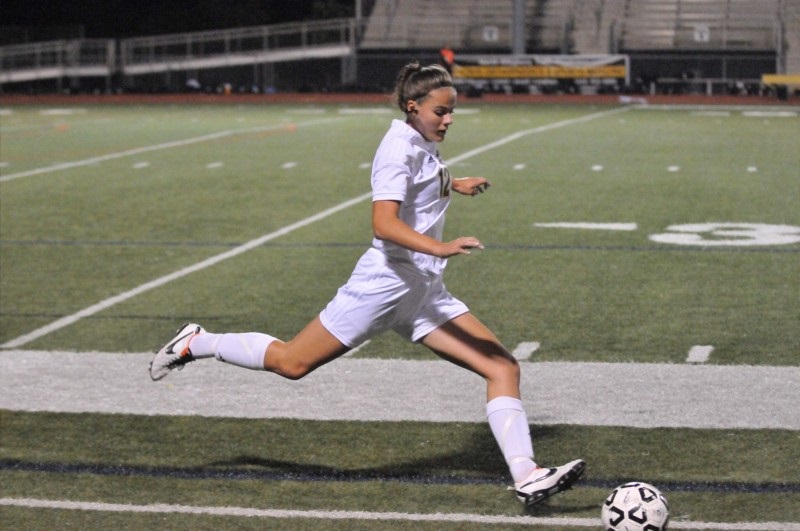 North Allegheny’s late-game rally came up one goal short as the Lady Tigers dropped a 3-2 decision to the Section 1-AAA champion Norwin Knights in the regular season finale on Tuesday night. Trailing 3-0 late in the second half, senior Marina Gonchar gave the Tigers a glimmer of hope with a goal in the 75th minute.  A minute later, Gonchar struck again on a pass from Michele Bourkhab and the Tigers comeback bid turned into a serious threat with the Norwin lead cut to 3-2. Unfortunately for the Tigers that was as close as they would come as the Knights held on for the one-goal victory.

The Knights lanced the Tigers in the game’s early going, taking a 2-0 lead just four minutes into the contest on goals by Micayla Livingston and Lexie Kolano. Norwin added on with a marker by Emily Harrigan in the 43rd minute for a 3-0 advantage.

Norwin’s stellar defense solidified the lead as it allowed only four shots on goal, and did not permit an NA shot on net until the game’s 70th minute. The Knights outshot the Tigers, 14-4.