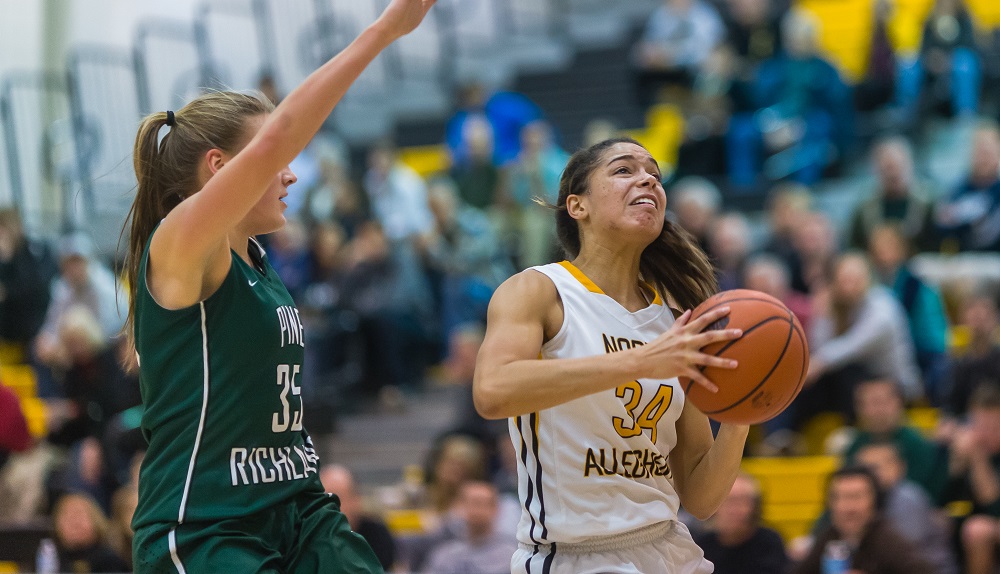 Despite a late comeback attempt, top-ranked North Allegheny suffered its first loss Tuesday night, 50-47 against No. 2 Pine-Richland in a game that featured Class 6A’s only remaining undefeated teams.

The Tigers trailed by 13 points in the opening moments of the fourth quarter but managed to cut the Rams’ advantage to just three in the closing seconds. Pine-Richland’s defense forced NA into a difficult three-point attempt, though, and the shot missed the mark, sealing the victory for the Rams.

With the win, Pine-Richland remained perfect at 11-0 overall and 2-0 in Section 1, gaining an early leg up in the section title race. The Tigers fell to 10-1 overall and 1-1 in section play.

After the two teams played to a 13-13 tie in the first quarter, the Rams took control of the game in the second, draining four three-pointers to build a lead as large as 12 points late in the period. Pine-Richland then managed to pad its lead in the third quarter, hitting another four triples.

The Rams’ efforts from behind the arc proved critical throughout, as Pine-Richland connected on 11 attempts to the Tigers’ four.

The Tigers get right back to Section 1 play on Monday, as they travel to Seneca Valley to take on the Raiders. Tip-off for that contest is scheduled for 7:30 p.m.