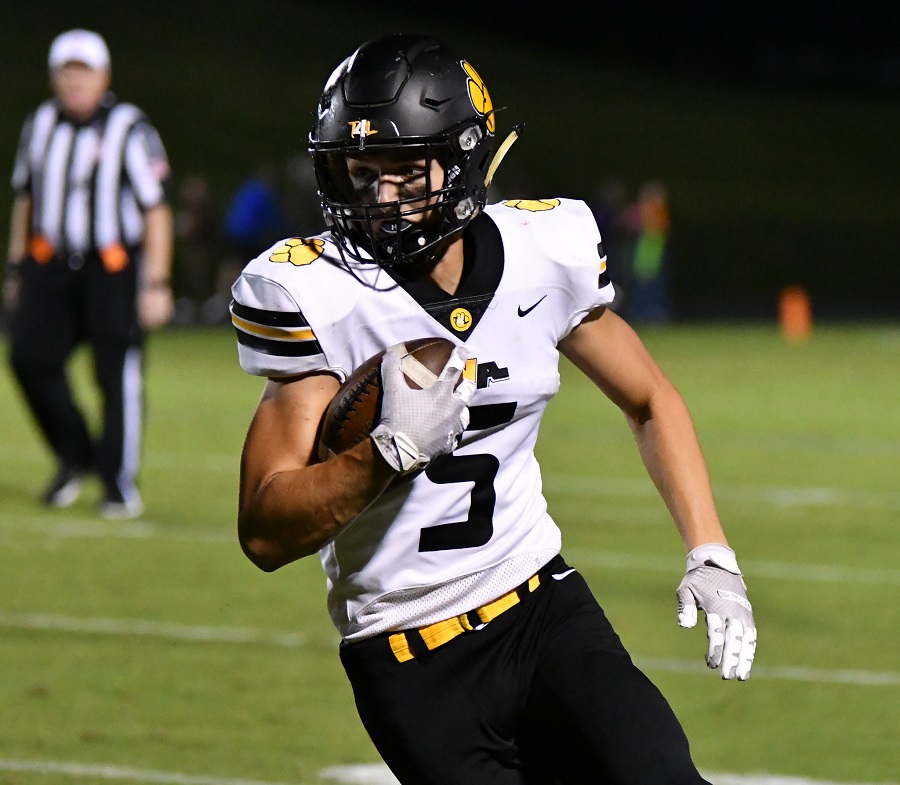 A trip to the WPIAL championship game is at stake tonight when the North Allegheny Tigers (7-4) visit the top-seeded Mt. Lebanon Blue Devils (10-0) in the WPIAL Class 6A semifinals. The Tigers are appearing in the WPIAL semifinals for the sixth consecutive season and are looking to make back-to-back trips to the title tilt. The Blue Devils are appearing in the semifinal round for the fourth straight season and hoping to reach the WPIAL championship for the first time since 2000.

North Allegheny is coming off one of its best performances of the season with a 49-26 drubbing of Canon-McMillan in the quarterfinals last week. The Tigers scored early and often as sophomore quarterback Logan Kushner hit sophomore wideout Khiryn Boyd for an 80-yard touchdown pass on the first play from scrimmage. Kushner passed for a career-high 260 yards and three scores, tossing scoring passes to tight ends Daniel Sellers and Connor Casten in the win. Senior running back J.R. Burton rushed for 126 yards and two touchdowns on just 12 carries. Senior defensive back Kolin Dinkins intercepted a pass late in the second quarter and scored on a 95-yard pick six for the dagger in a blowout victory. Most of the Big Macs offense came with the mercy rule clock in effect in the second half.

Mt. Lebanon, meanwhile, is well-rested after securing a playoff bye and the No. 1 seed in the Class 6A playoffs with an undefeated regular season. Led by third-year head coach Bob Palko, the eight-time WPIAL champion head coach is hoping to lead the Blue Devils to a place they haven’t been to in over two decades. With an experienced senior class of 23 players, the Blue Devils believe this is the team that can reach the promised land.

Spearheaded by the talents of quarterback Joey Daniels, running back Alex Tecza and receiver Eli Heidenreich, Mt. Lebanon has had it’s been season in years. A three-year starter at quarterback, Daniels has passed for 1,285 yards and 19 touchdowns with just four interceptions. Tecza is an Ivy League recruit, who has rushed for 1,426 yards and 17 scores this season. Heidenreich is a Navy commit and has hauled in 32 receptions for 817 yards and 14 touchdowns.

The Tigers will need to find a way to slow down the “big three” of Mt. Lebanon if they hope to advance to the title game. In week five, Mt. Lebanon defeated North Allegheny 51-20 and Tecza rushed for over 200 yards in the game. The 51 points scored was the most allowed by North Allegheny since a 55-14 loss to Central Catholic on Sept. 9, 2016 at Carnegie Mellon’s Gesling Stadium.

In the week five contest, NA fell behind 21-0 before trimming the deficit to 21-14 in the third quarter. Boyd scored on a 3-yard jet sweep in the second quarter and Burton raced 61-yards for a touchdown with 9:33 to play in the third quarter. However, the Blue Devils continued to feed Tecza in the second half and pulled away for the victory. The win by the Blue Devils was their first since 2005 against North Allegheny, snapping an 11-game head-to-head losing streak.

The last time North Allegheny and Mt. Lebanon met in the playoffs, the Tigers defeated the Blue Devils in the 2017 WPIAL Class 6A quarterfinals, 38-14, on the road. The NA defense intercepted four passes and hounded the Blue Devils with five sacks. Quarterback Luke Trueman rushed for an 82-yard touchdown and passed for another score in the first half to help NA open up an early 21-0 lead. Defensive back Joey Porter Jr. (Penn State) intercepted a pair of passes and fellow DB Nikko Rankin sealed the win with a 26-yard pick six in the third quarter. For Mt. Lebanon, receivers Lucas DeCaro (Case Western Reserve University) and Aidan Cain (Case Western Reserve University) both had 100-yard receiving days but most of that came with the game well out of reach.

Tonight’s game represents only the third time since 2006 that NA and Mt. Lebanon have gone head-to-head in the playoffs. In the 2006, North Allegheny earned a 7-6 victory in the first round of the WPIAL playoffs. In a defensive struggle, the Tigers trailed most of the game but captured the victory when quarterback Goeff Greco (Georgia Tech) rushed for an 11-yard touchdown with just 3:28 remaining in the contest. Kicker Rick Doyle tacked on the extra point to help secure a one-point victory.

Kickoff for tonight’s WPIAL Class 6A semifinal is slated for 7:00 p.m. in the South Hills. As always, the contest will be broadcast live via the internet by the North Allegheny Sports Network with Randy Gore and Jonathan Spina. The pregame show gets underway at 6:40 p.m., including a pregame interview with Tigers head coach Art Walker. To listen to tonight’s game, click here.