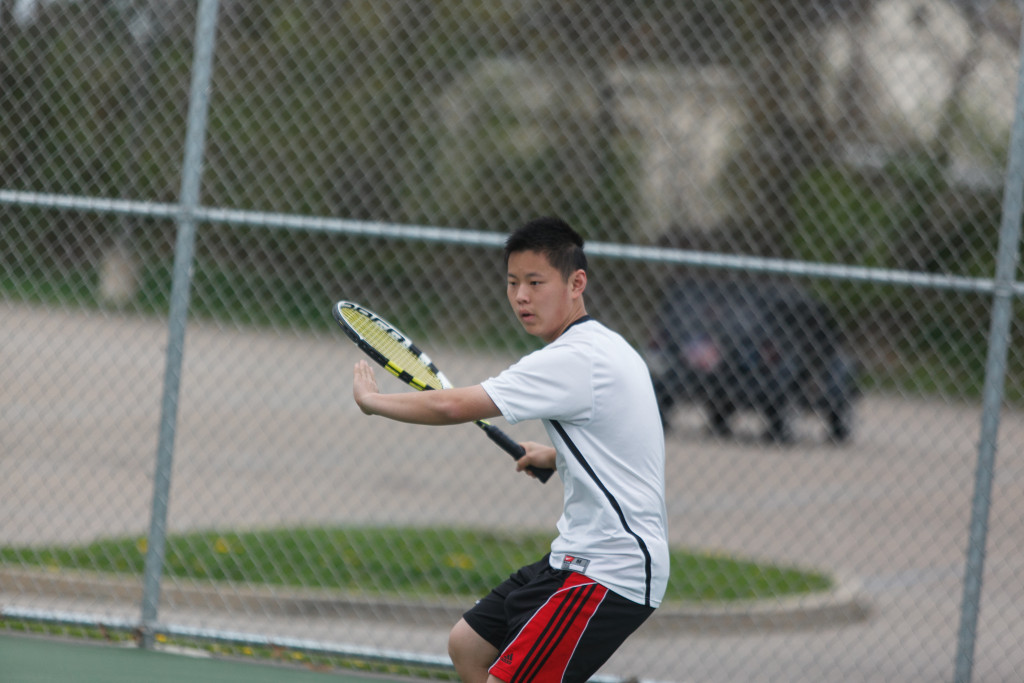 The Tigers continued Section 2 play Tuesday afternoon on their home courts by welcoming a traditional rival, the Butler Golden Tornado. The Tigers prevailed in the contest with a sweep, and all matches were completed in straight sets. The first point of the match came from junior Eric Mi at number three singles, followed by freshman Ivan Voinov playing for the first time at number one singles.  The clincher came courtesy of junior Apoorv Anand, competing from the number two singles position.  Senior Eric Huang and junior Andrew Xu controlled the first doubles match for the fourth point.  Rounding out play was the number two doubles combo of sophomore Ryan Marczak and freshman Andrew Chuirazzi who played the most intriguing match of the day.  Butler’s talented team of Cam Sedwick and Matt McMaster, who represented the Golden Tornado this week in the Section 2 Doubles Tournament, matched the Tigers nearly  shot for shot in an outstanding match.  In the end, the Tigers prevailed by taking the second set in a see-saw tie break.  The Tigers improve to 7-1 overall and are now 5-1 in Section 2 play.  They will take on the Hampton Talbots Thursday afternoon, on the road, in another Section 2 match starting at 3:30 PM.