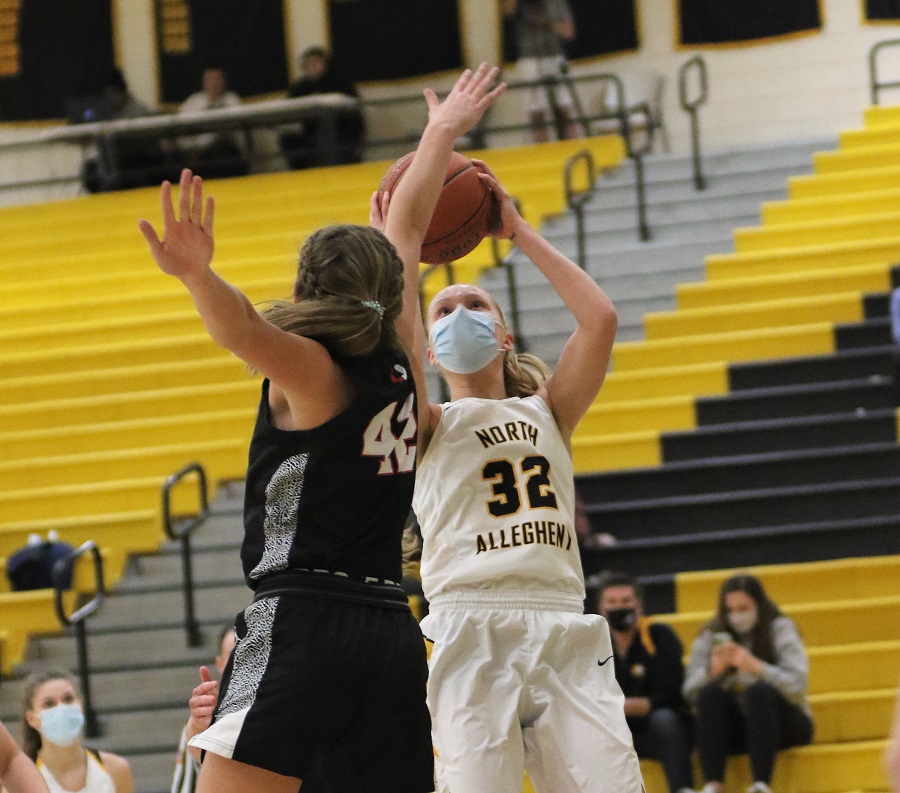 Things started very competitively with Upper St. Clair controlling the pace of play, using their deliberate, efficient offense to run clock and get high percentage shots. North Allegheny was able to keep pace though and after a quarter of play, the game was tied 12-12.

The Lady Tigers made the necessary adjustments to start the second quarter jumping out to a 9-2 run in the first two minutes. Lizzy Groetsch was the main catalyst, creating turnovers and turning them into points. North Allegheny rolled through the second quarter outscoring the Panthers 29-11 and led 41-23 heading into the locker room. Groetsch led the way with 15 points in the half.

In the third quarter, trailing by 18, Upper St. Clair started to pick up the pace on the offensive end being much more aggressive. North Allegheny was able to keep the Panthers at arm’s length and led 55-34 heading into the fourth quarter. After allowing six points in the fourth quarter a night ago, the Lady Tigers once again ramped up the defense in the final stanza allowing seven points this time and rolling to a 65-41 win.

North Allegheny improves to 2-0 overall. Upper St. Clair falls to 1-1. Up next for the Lady Tigers is a date with the Shaler Titans at home on Tuesday with the JV game beginning at 6 p.m. and the varsity game will tip off at 7:30 p.m.