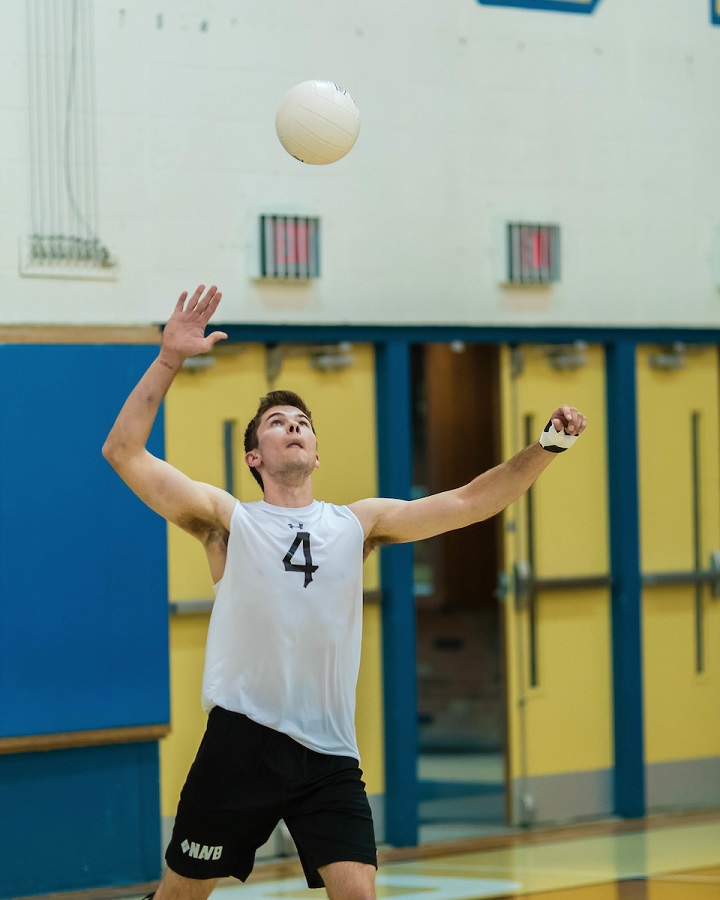 The North Allegheny boys’ volleyball team rolled over another Section 2-AAA opponent on Tuesday night with a 3-0 victory at Seneca Valley. The Tigers garnered the win by set scores of 25-20, 25-19 and 25-20.

In set one, the section rival Raiders held their own and drew even with the Tigers, 13-13. That’s when North Allegheny senior Jason Stiefvater began to assert himself and helped the Tigers pull away for a 25-20 win. Stiefvater posted five kills in the opening set on his way to a team-leading 16 kills. For his efforts, Stiefvater was named the Wright Automotive Player of the Game by the North Allegheny Sports Network.

The Raiders hung tough with the Tigers in set two thanks to the play of senior Dan DeGraaf who tallied five kills in the set. SV trailed 15-14 before NA again pulled away because of the big swings of Stiefvater and fellow senior Canyon Tuman en route to a 25-19 victory.

The trend continued in set three with Seneca Valley holding a 17-16 advantage as senior Kyle Martini contributed four kills and a block to lead the Raiders. Yet again, the duo of Stiefvater and Tuman propelled the Tigers to a 25-20 triumph to close out the sweep. Tuman finished with 15 kills and a team-best nine digs.

North Allegheny improves to 14-0 overall and 11-0 in Section 2-AAA. The Raiders slide to 7-4 in the section. The Tigers will host North Hills on Thursday in the section finale.