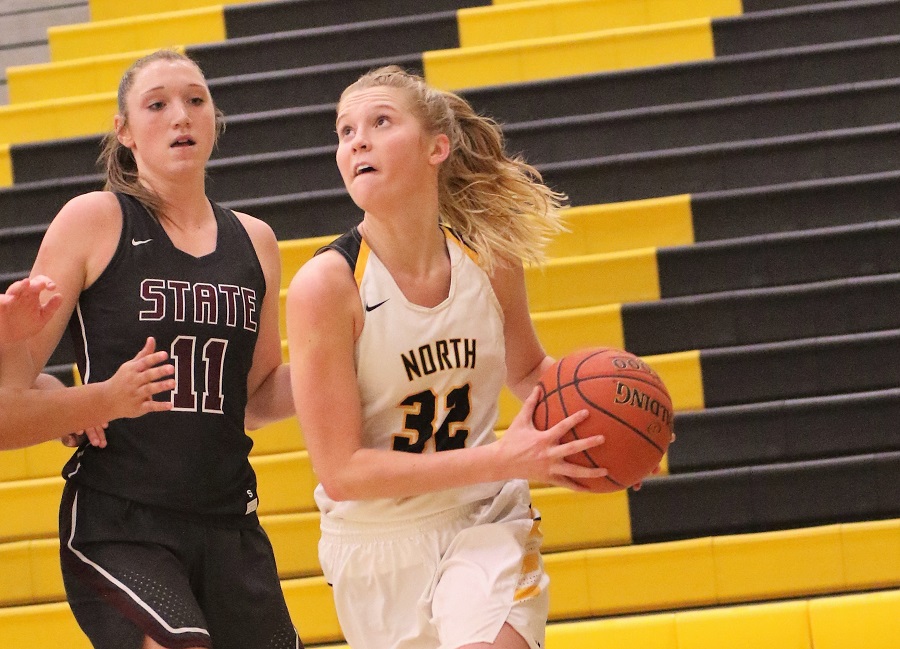 Tigers Roll To Win Over State College At Tip-Off Tournament, 70-20

Facing off against one of the top teams in the Mid-Penn Commonwealth Conference, the North Allegheny girls’ basketball team throttled the State College Little Lions on Friday night, 70-20.

The Little Lions, the District 6 runners-up in Class 6A from a season ago, were projected as the No. 3 team by Penn Live in the Mid-Penn Commonwealth Conference and boasted preseason MVP, senior wing Maya Bokunewicz.

North Allegheny jumped out to a 19-2 lead after one quarter of play and dominated the game from wire to wire. Junior Lizzy Groetsch led the charge in the first half with 14 points as NA owned a 39-7 advantage at intermission.

In the second half, senior guard Abby Glass poured in 11 of her team-high 17 points. Glass knocked down five 3-pointers on her way to Wright Automotive Player of the Game honors. Sophomore Taylor Rawls also touched double figures for the Tigers with 10 points.

North Allegheny, ranked No. 2 in the Trib Live HSSN preseason poll and No. 1 by the Pittsburgh Post-Gazette, looks to build upon their season-opening win with a matchup against Penn Hills in day two of the Wright Automotive Tip-Off Tournament on Saturday. The contest is slated for 4:30 p.m. and will be broadcast live via the internet on the North Allegheny Sports Network.