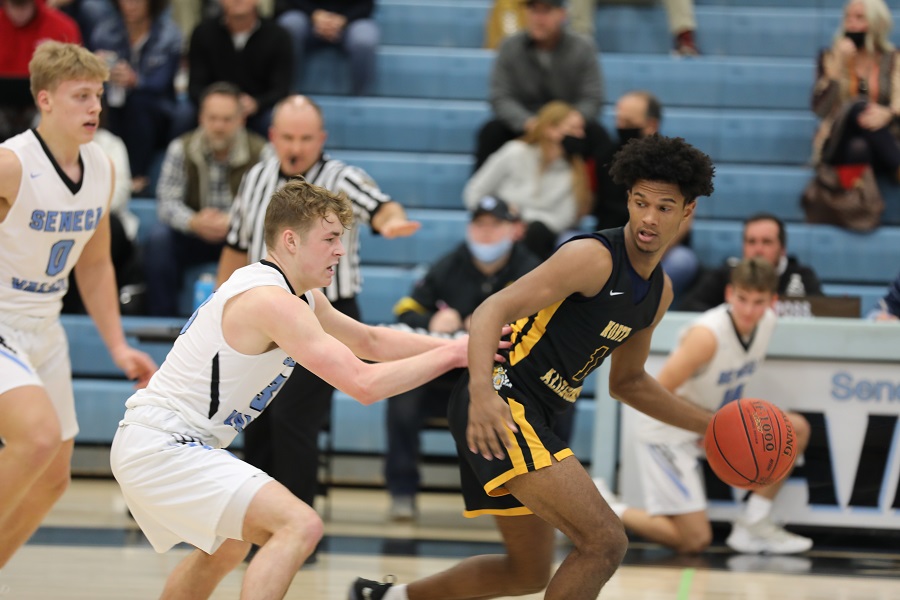 The North Allegheny boys’ basketball team opened its rugged section slate on Tuesday night with a 75-51 road victory at Seneca Valley. Up by three points at the half, the Tigers rolled the Raiders and outscored their opponent, 35-14, over the final 16 minutes.

Following intermission, North Allegheny’s perimeter shooters joined the party and helped spark a second half blowout. Senior Matt McDonough buried a pair of 3-pointers in the third period on his way to an 18-point performance. Robby Jones, Ben Luketisch, Anthony Howard and Ty Iwanonkiw each knocked down a trey during the second half outburst as NA pulled away for a convincing victory.

With the win, North Allegheny improves to 3-0 overall and 1-0 in Section 1-6A. Seneca Valley falls to 1-2 overall and 0-1 in the section. The Tigers will play their first home game on Friday night against section rival and top-ranked Pine-Richland at 8:00 p.m. The game will be broadcast live via the internet by the North Allegheny Sports Network.