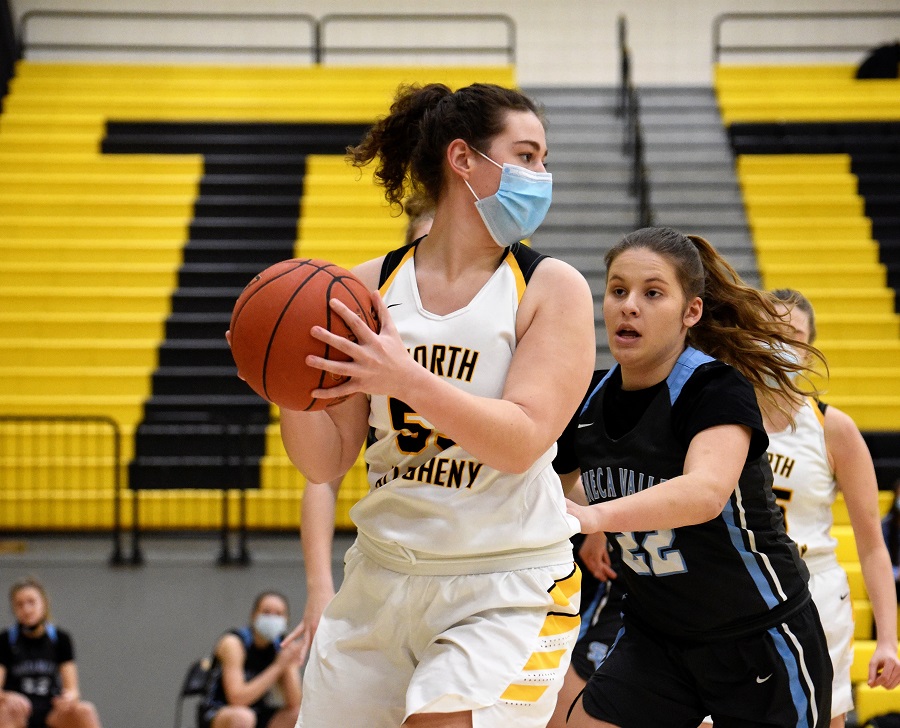 On January 14th, Seneca Valley gave the Tigers a scare when they held a 46-43 lead heading into the fourth quarter. The Tigers would eventually win 64-53. On Tuesday night, which was senior night, the Raiders never held the lead as the Tigers rolled over Seneca Valley, 72-31.

The Tigers jumped all over Seneca Valley scoring the first 12 points of the game. The Raiders lone field goal was a 3-pointer by senior Jaden Davinsizer and North Allegheny led 12-3 after a quarter. Seneca Valley’s offense would pick up in quarter number two but so did North Allegheny’s as the Tigers outscored the Raiders 25-12 and led 38-15 at the half. The second half was more of the same as North Allegheny would get their lead all the way up into the 40s and won comfortably 72-31.