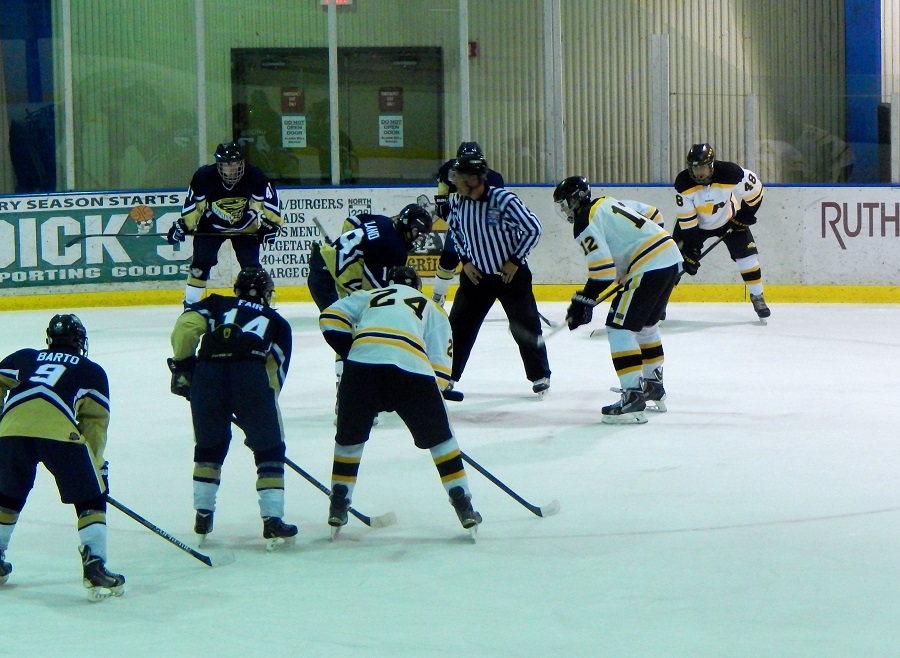 Tigers Run Unbeaten Streak To Seven With Tie Against Butler

North Allegheny extended its unbeaten streak to seven games in a row with a 3-3 tie against the Butler Golden Tornado on Monday night.  Erik Chidester and Joseph Zappia III each tallied a goal and an assist for the Tigers on a night where NA outshot Butler, 39-26.

Despite falling behind 1-0 in the first period, the Tigers scored the next three goals to take a 3-1 lead with 15:29 to go in the second period.  Along with Chidester and Zappia, Nathan Taylor tallied a marker for the Tigers.

Butler goalie Clay Bachman did his best to keep his team in the game with 36 stops, and his play paid off when the Golden Tornado rallied to tie the game on goals from Connor Scott and Brendan Ackelson.  Ackelson’s goal knotted the score at 3-3 with 7:27 remaining in the second period and that would be the final goal of the night for either team.  NA’s Joe Hubert started in net and collected 23 saves on 26 shots from the Golden Tornado.

With the tie, the Tigers moved to 7-1-2 on the season and maintain the top spot in Class AAA with 16 points, two ahead of Peters Township.  Butler sits at 5-3-2 following the tie.  North Allegheny will tangle with Seneca Valley next Monday night at the BladeRunners in Warrendale.  The puck drops at 6:30 pm.