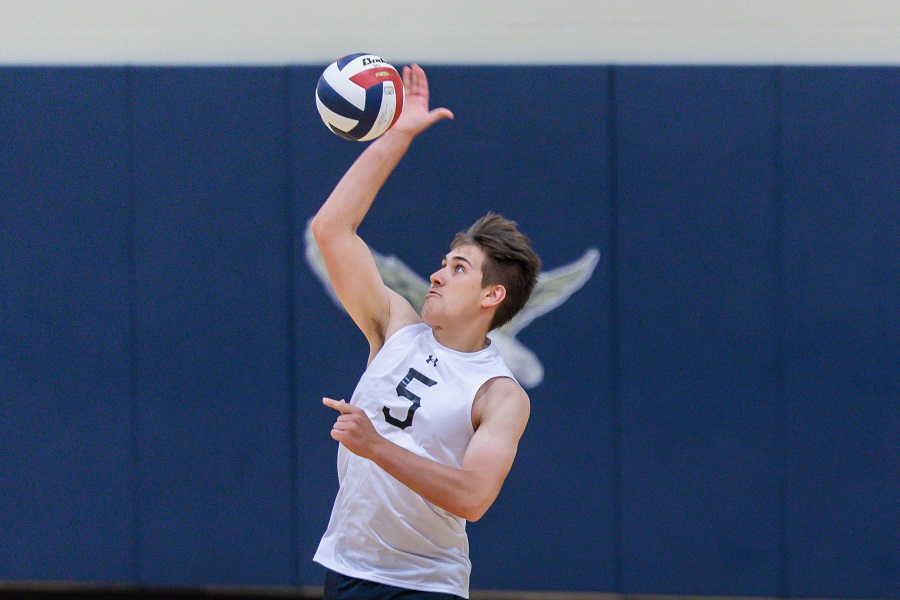 Tigers Serve Up Sweep Of Pennridge In PIAA Semifinals

The North Allegheny boys’ volleyball team punched its ticket to the state championship for the fifth consecutive season with a 3-0 sweep over the Pennridge Rams on Tuesday night at Bald Eagle Area High School. The Tigers won their PIAA Class 3A semifinal contest by set scores of 25-23, 25-17 and 25-17.

In the first set, the District 1 runners-up held a 9-5 lead and were powered by the right arm of sophomore Jude Rotundo, who led the Rams with a match-high 10 kills on the night. The Tigers rallied to take a 10-9 lead and traded barbs with Pennridge for the remainder of the set. Tied 23-23, North Allegheny grabbed a one-point lead following a Pennridge service error and then won the set thanks to a well-placed tip by junior Nico Sfeir, 25-23. Sfeir totaled six kills on the night.

The second set began in similar fashion with Pennridge building a 14-11 advantage on the strength of senior middle hitter Tyler Johnson, who posted four of his nine kills in the set. North Allegheny answered back with the strong net presence of junior Varun Kaveti and senior Caleb Schall to tie the score at 16-16. Both Kaveti and Schall finished with a match-high five blocks. Starting with a block by senior Jack Birch, North Allegheny rattled off an 8-0 run to take command of the set. The catalyst for the NA spurt was provided by the dazzling serves of senior Stephen Laun. The Saint Vincent College commit posted an ace and kept the Rams off-balance as NA rolled to a 25-17 victory. The Tigers took 14 of the final 17 points to win the set.

The momentum stayed with North Allegheny in the third set as the Tigers opened up a 4-0 lead. Pennridge cut the deficit to two points, 12-10, by the midway point in the game before Laun took over the contest once again. With the help of Laun’s serves, NA went on a 5-0 run for a 17-10 lead. From there, North Allegheny cruised to another 25-17 win to secure the 3-0 sweep in the state semifinals.

North Allegheny improves to 17-1 overall, while Pennridge ends the year with a 19-3 record. The Tigers will take on Central Dauphin on Saturday at 1:30 p.m. at Penn State University in a rematch of last year’s PIAA championship. The title tilt with the CD Rams will be broadcast live by the North Allegheny Sports Network.