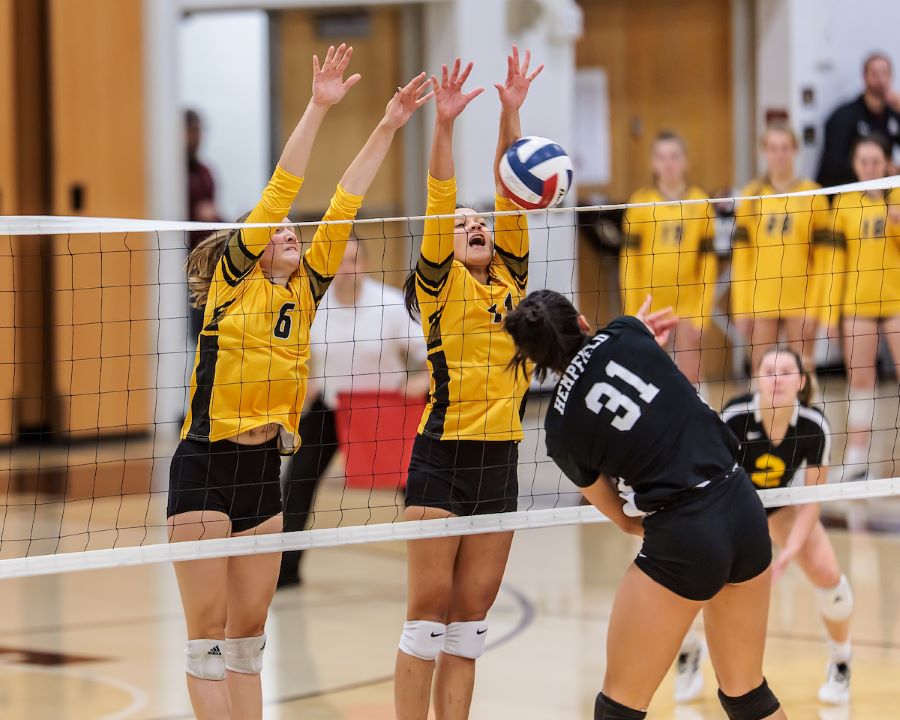 The North Allegheny Tigers defeated the Hempfield Black Knights, 3-1, in the PIAA Class 4A quarterfinals on Saturday afternoon in a hard-fought battle between perennial powers. The Tigers won by set scores of 25-12, 22-25, 25-14 and 25-16.

The Hempfield team was hit hard by the flu bug which sidelined four of their starters, one being MVP setter Melody Butzer. The Tigers capitalized and jumped out early to an 11-3 lead behind kills from Carissa Treser, Mia Tuman and Jamie Frisco. NA continued to roll from there for a 25-12 win.

Hempfield set the tone for set two and grabbed an early 3-0 lead and continued to increase their lead behind strong play from Addison Leber and Reece Calabretta. The Black Knights’ lead grew to 21-13 but that is where the Tigers would rally and cut the deficit to 23-18. Strong serving from Avery Butcher and Rebecca Pilotta, and key blocks from Ella Zimmer sparked the rally. Despite the comeback bid, Hempfield fended off NA for a 25-22 win.

In set three, the Tigers led 14-13 before rattling of 10 straight points to take control of the set enroute to a 25-14 victory.  North Allegheny finally wore down the shorthanded Black Knights in set four and came out on top, 25-16.

Leading the way for North Allegheny was Treser with 12 kills and Ella Deeter with 11 kills. Tuman contributed nine kills and 40 assists. The Wright Automotive Player of the Game went to Zimmer, who belted out nine kills and eight blocks and controlled the middle of the net. Additionally, Caroline Curran led in digs with 18, Deeter chipped in with 13 and Pilotta added seven.

North Allegheny improves to 20-1 overall and will now have a rematch with Pine Richland on Tuesday night in the PIAA semifinals. The match will be broadcast live by the North Allegheny Sports Network.