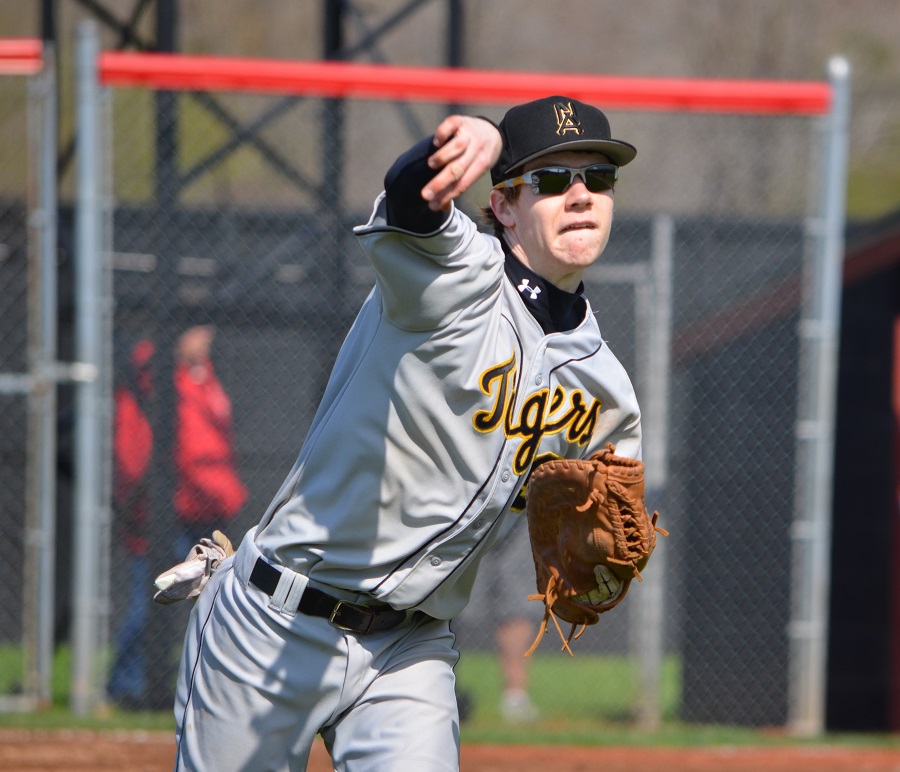 With the help of a nine-run fifth inning, North Allegheny pummeled the New Castle Red Hurricanes on Saturday afternoon, 16-5, from Flaherty Field. The Tigers used a 12-hit attack, and took advantage of six New Castle errors, in a convincing Section 1-AAAA victory.

Leading the NA attack was Blake Young and Josh Plichta who drove in three runs apiece.  Plichta posted a 2 for 3 afternoon and scored four times and walked twice. Dan Trettel scored three runs and drove in a pair.  Ryan Hamm was 2 for 3 with two RBI and a walk.

Starter Jon Dignazio was the benefactor from all of NA’s run support and earned his third victory of the season.  The southpaw tossed four-innings and allowed one unearned run while striking out six.

North Allegheny leaps to 12-6 overall and 8-2 in Section 3-AAAA.  New Castle falls to 6-12 overall and 1-10 in section play. The Tigers return to action on Tuesday for a non-section tune-up game against McDowell. First pitch in Erie is slated for 4:00 pm. The Tigers, who concluded their section schedule with their triumph over New Castle, still can earn a share of the section title.  NA needs a North Hills win over Butler on Monday afternoon to claim a share of the Section 3 crown.