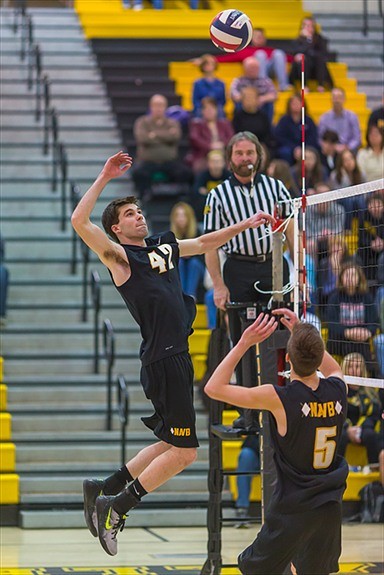 The North Allegheny Tiger volleyball squad has been on a roll lately and it continued today against rival North Hills. The win is the 5th consecutive triumph since dropping two contests early in the season. They are now 5-2 overall and 3-2 in Section 2 play.

Jeremy Best continued his standout play at Setter racking up 35 assists bringing his team leading season total to 482. Nikola Topich lead the way offensively as he has thus far this season with 10 kills on the night. Also racking up significant kills was Canyon Tuman with 8 and Jordan Lake with 6.  Ethan Derubbo set the tone for the defense by compiling 13 digs.

The Tigers will look to avenge an early season Section 2 loss this Thursday when they host Seneca Valley at 7 pm. The match will be broadcast on the North Allegheny Sports Network.