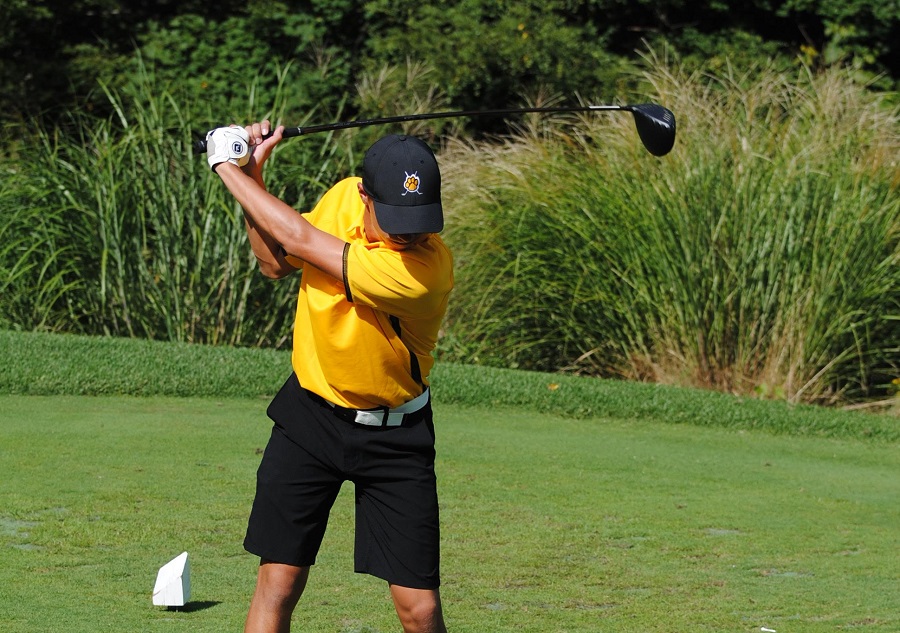 The North Allegheny boys’ golf team hosted two section rivals, Mars and Seneca Valley, at North Park Golf Course looking for a pair of section wins.  After a close match, the Tigers came out victorious against both the Raiders and Planets. NA earned the sweep with a team score of 204, followed by Mars with a 208. Seneca Valley finished third with a team score of 213.

North Allegheny was led by senior captain Adam Steinmetz, who shot an even par 36.  Senior Portland Canovali carded a 41, while NA received a pair of 42’s from seniors Peter Canovali and Korey Helfer. Rounding out the scoring was senior J.J. Dopkosky with a 43.

Mars was paced by Ryan Steigerwald’s 39 and Seneca Valley was led by Nolan Nicklas’ 39.

The two section wins brings North Allegheny’s overall record to 6-4 and 5-3 in the section.  The Tigers travel to Mars on Wednesday for a quick turnaround match.