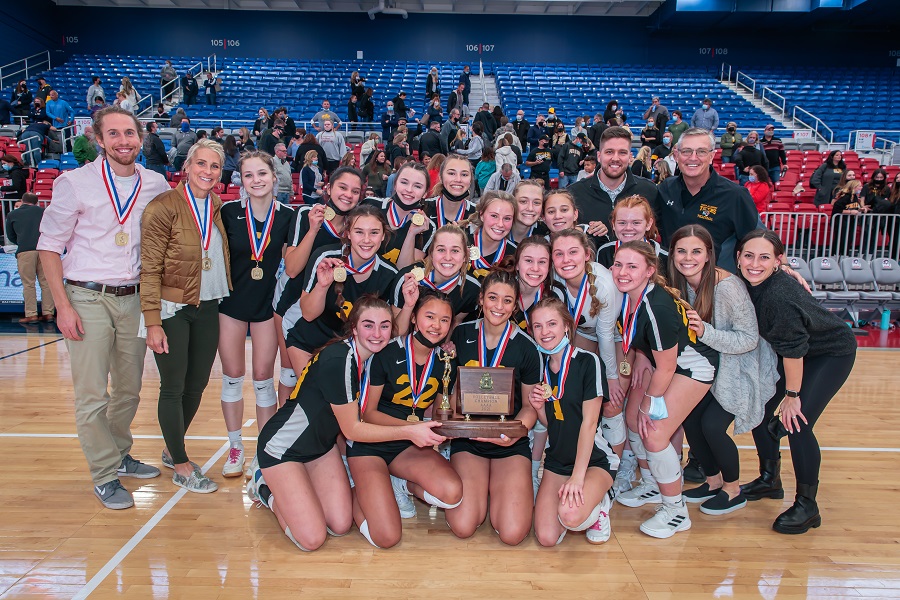 The North Allegheny Girls Volleyball team is WPIAL Champions once again, following a 3-2 win in the final over the Shaler Titans Saturday night at the UPMC Events Center. Its the fourth WPIAL crown in the last five seasons for the Tigers and eighth WPIAL title overall.

The Tigers pulled themselves back into the contest in set three, and the extended sequence that gave the Tigers a 15-10 lead was just the change in momentum NA needed. The Tigers took a seven-point lead at one point late in the set. NA won the third set 25-18.

In set four, the Titans and Tigers went back and forth, with NA taking another seven-point lead late, and won the set with the same score as the previous set.

It all came down to set five and both teams were neck and neck, tied at seven apiece. Shaler looked like they had life left, taking a 11-8 lead late, but NA stormed back, tying the score at 12 and 13 respectively. North Allegheny finished off the final frame with a 15-13 win.

Jadyn Perkins led the Tigers with 16 kills and five blocks.  Carissa Treser was right behind her with 14 kills. Caroline Curran had a team-high 18 digs and one ace. Kyra Schmidt and Rachel Burton also recorded aces. Mia Tuman had a team-high 41 assists.

Curran and Treser earned Wright Automotive Player of the Game honors for their efforts.

North Allegheny improves to 16-1 overall on the season, while Shaler falls to 17-2. Both teams qualify for the PIAA playoffs next week.