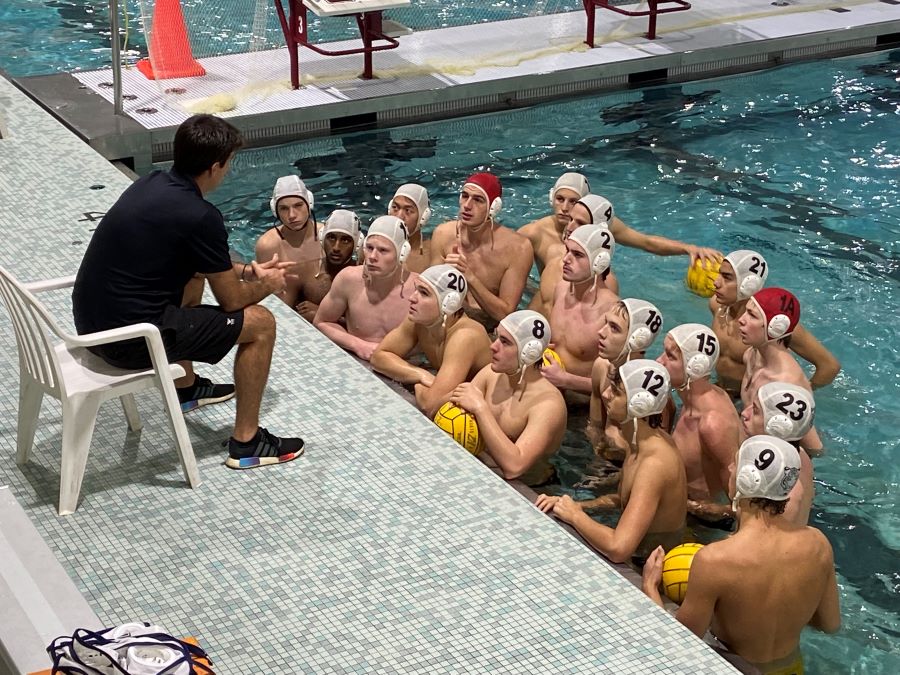 Tigers Take Part In Beast Of The East Tournament

The North Allegheny water polo teams spent the weekend at Governor Mifflin (Friday) and Wilson (Saturday) High Schools for the annual Beast of the East Tournament. The NA Boys went 3-1 at the invitational, while the Lady Tigers were 2-2 in their four games.

The NA Boys opened the tournament on Friday evening with a 9-6 victory over Pingry, a private school from New Jersey. The Tigers jumped out to a 5-0 advantage in the first quarter and led throughout. Eight different players scored goals, including Sean McClellan with a pair. Also touching the scoresheet were Keller Sens, Jonathan Mowry, Camden Wright, Andy Georgiev, Asher Jones, Ben Gavran and Caden Currykosky. Wright led the defense with three steals and goalie Michael Stefanko made seven saves.

The Tigers capped the opening night with a 13-5 triumph over Governor Mifflin. McClellan paced the team with six goals, six steals and two assists. Gavran notched a hat trick, while Jones and Sens added two goals apiece. Eliot Maravich made 13 saves, including seven in the fourth quarter, to help secure the win.

On Saturday, the NA Boys began the day with a tough test against Brunswick, a private school in Connecticut. Brunswick boasts four national team players and finished in the top three at the Junior Olympics over the summer. The Tigers went toe-to-toe with Brunswick but ultimately dropped a 17-10 decision, despite a five-goal effort from Sens. Nico Jacobs-Alarcon notched a hat trick and McClellan netted a pair of goals in the loss. Maravich made 10 saves in net. The loss to Brunswick is the only defeat on the year for the NA Boys.

In the finale, the Tigers bounced back with a 15-8 win against LaSalle College High School. McCLellan paced the offense with seven goals and Gavran tallied five markers. Sens, Wright and Jones also scored for the Tigers. Maravich reeled in 11 saves to earn the win.

The Lady Tigers started off by vanquishing Pingry, 13-4. NA pounced on Pingry for a 10-2 lead by halftime and coasted in the second half. In a well-balanced effort, Rebecca Melanson led the team with four goals, four assists and four steals. Carissa Jones posted a hat trick and Katyusha Peregoncev netted a pair of markers. Ava Sharrar, Tori Tieppo, Amelia Weaver and Lily Tang also scored for NA. In between the pipes, junior goalie Izzie Trunzo made eight saves.

The NA Girls finished day one of the tournament with another impressive win, defeating Governor Mifflin by an 11-5 decision. Melanson dominated the action with an eight-goal effort and Jones added a hat trick and a team-high four steals. Trunzo made nine stops in net to secure the win.

After earning a pair of wins on Friday, the Lady Tigers fell in their two matchups on Saturday, 14-5, to Pennridge and, 14-5, to Upper Dublin. Against Pennridge, Melanson scored three goals with one each by Peregoncev and Bella Spino. In the loss to Upper Dublin, Melanson netted four goals and Mikaela Dassanaike scored the other. Trunzo made a combined 17 saves in the two Saturday contests.

Following the Beast of the East Tournament, the NA Boys improve to 12-1 on the season and the Lady Tigers sit at 9-4. Both teams are at home on Tuesday night against Cathedral Prep/Prep Girls. The contests will be broadcast live by the North Allegheny Sports Network.