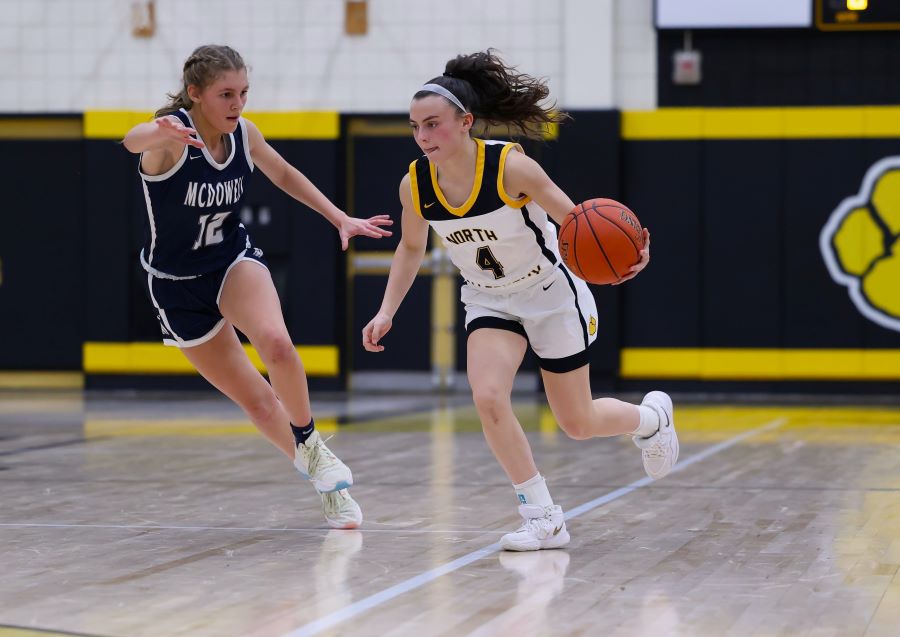 The Tigers offensive playmakers picked up right where they left off after the win over Hempfield earlier in the week. NA sprinted to a 10-point lead after one quarter, led by senior Jasmine Timmerson and junior Caroline Henderson. The Tigers dropped 6-three pointers in the first two quarters and shot 3-for-4 from the foul line to extend the lead to 12 at the half 50-38.

North Allegheny’s lead bubbled to as much as 20 points early in the third quarter, but McDowell stepped up their play, outscoring NA 16-13 in the frame. Senior Jessica Hetz and junior Amaiya Nelson led the charge for the Trojans.

A fast-paced 2nd half from juniors Kellie McConnell and Lydia Betz kept the Tigers in the lead. McConnell finished the game with 11 points, while Betz earned double figures with 11.

Timmerson was a force throughout the contest, earning Wright Automotive laurels for the second consecutive game with a 23-point performance.

The Tigers improve to 10-4 this season with the win. NA next prepares for a section battle at home against Norwin on Thursday, January 26th. You can listen to that game live on the North Allegheny Sports Network.