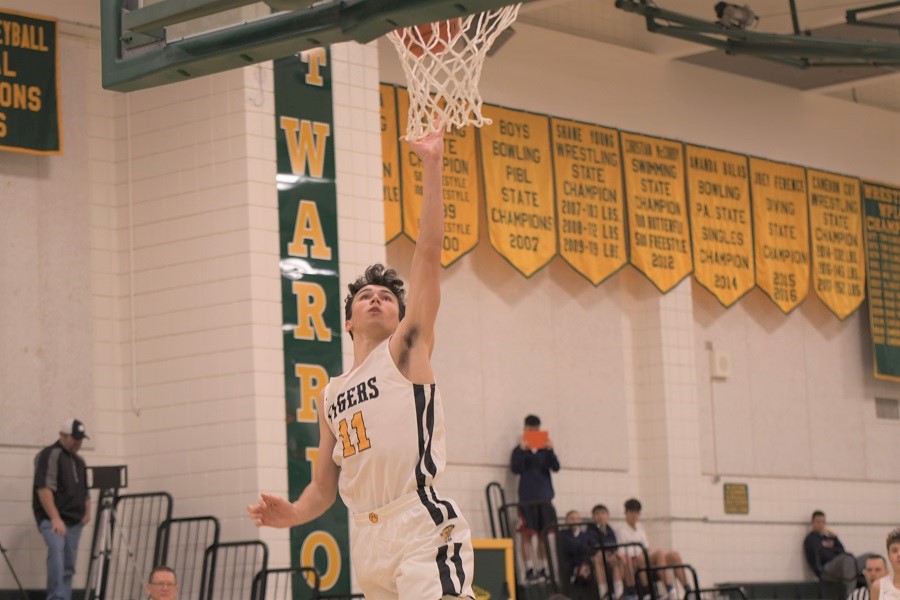 Tigers Tip Off Season With Win Over Titans, 63-53

At the Penn-Trafford Tip-Off Tournament on Friday night, the North Allegheny boys’ basketball team began the 2018-2019 season with a 63-53 triumph over Shaler. The Tigers prevailed over their former section rival thanks in part to a 21-point performance from senior forward Nico Erimias. It was the first season opening win for the Tigers in three years, when NA defeated Norristown, 73-66, to start the 2015-2016 campaign.

North Allegheny held a narrow 11-10 lead after one period of play before taking command of the game in the middle quarters. The Tigers outscored Shaler 29-15 in the second and third quarters combined, and held a 15-point lead entering the fourth quarter, 40-25.

Erimias was the catalyst for the Tigers, connecting on 7 of 10 shots from the field and chipping in with four steals on defense. Senior Stephen Humphries also touched double figures and notched a double-double with 14 points and 11 rebounds. Shaler was led by Mekhi Reynolds and Justin Desabato, who scored 20 and 15 points, respectively.

Following the win, North Allegheny will take on host Penn-Trafford for the tip-off tournament championship on Saturday at 1:30 p.m.