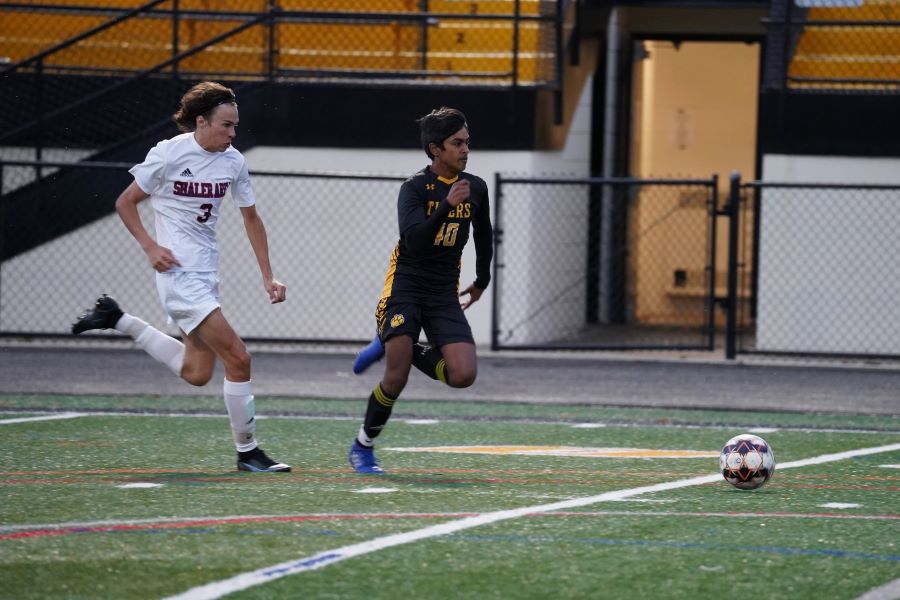 The North Allegheny boys’ soccer team earned its 15th consecutive win in the head-to-head series with Shaler by a 2-1 decision on Thursday night in a Section 1-AAAA contest at Newman Stadium.

The Titans haven’t defeated the Tigers since 2014 and needed a win on Thursday night to keep realistic playoff hopes alive. North Allegheny did its best to dash those hopes by jumping out to an immediate 2-0 lead in the first six minutes of the game. Just two minutes in, sophomore Nathan Katari accepted a through ball from senior Ben Christian, raced past the defense and beat Shaler goalie Garret Grazier for a 1-0 lead. With 33:58 remaining in the first half, senior Adam Henning sent a crossing pass in front to Katari for his second goal of the night a 2-0 advantage. For his efforts, Katari was named the Wright Automotive Player of the Game.

North Allegheny dictated the pace over the first 40 minutes but a determined Shaler team fought back in the second half. Sparking the comeback bid was senior Ethan Opiela and junior Matt Keenan. With 29:40 left in the game, Opiela had a chance from 25 yards out by a diving stop by junior goalie Dante Accamando kept NA’s two-goal lead intact. After Keenan hit the crossbar three minutes later, Opiela had another good scoring chance with 20:00 remaining but was again denied on a diving save by Accamando. Shaler led in corner kicks, 6-3, and had all five corner kick opportunities in the second half. The Titans cashed in on a corner kick in the 74th minute when Keenan scored on a header to trim the deficit to 2-1.

While Shaler made things tight late, the North Allegheny defense staved off the Titans to earn an important section win. Accamando made six saves to help secure the victory. NA outshot Shaler on the night, 11-7.