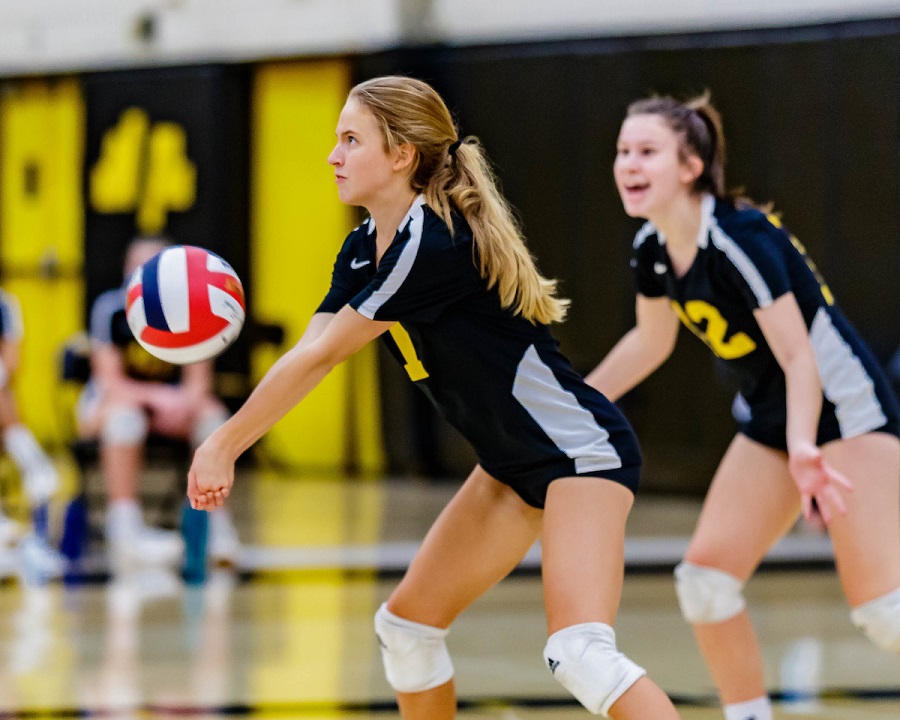 The four-time reigning PIAA champions stretched their winning streak to 27 in a row on Tuesday night with a 3-0 sweep over the North Hills Indians. North Allegheny breezed to the win by set scores of 25-8, 25-14 and 25-12.

The Tigers set the tone early courtesy of the powerful swings of Jadyn Perkins. The senior middle blocker hammered out four kills in the early going for an 11-4 lead. Junior Mia Tuman took over from there with two kills and two aces in a 25-8 victory in set one.

Junior middle blocker Ella Zimmer contributed to a 25-14 win in set two with three kills and three blocks. Tuman added four kills and delivered the 25th point with an ace to solidify the victory. A consistent source of production throughout the night, Tuman finished with a team-best 13 kills on her way to Wright Automotive Player of the Game honors.

Tuman continued her strong play in the third set to help NA take a 15-6 lead. A 6-0 run by North Hills trimmed the Tigers advantage to just three points before the reigning champs rattled off 10 consecutive points, keyed by the efforts of Perkins with two kills and two blocks, to earn a 25-12 set win to finish off the sweep. Perkins finished with six kills and three blocks on the night.

North Allegheny jumps to 5-0 overall and 4-0 in Section 1-AAAA, while North Hills falls to 1-4 in the section. The Tigers will visit Shaler for an important section matchup on Thursday night.