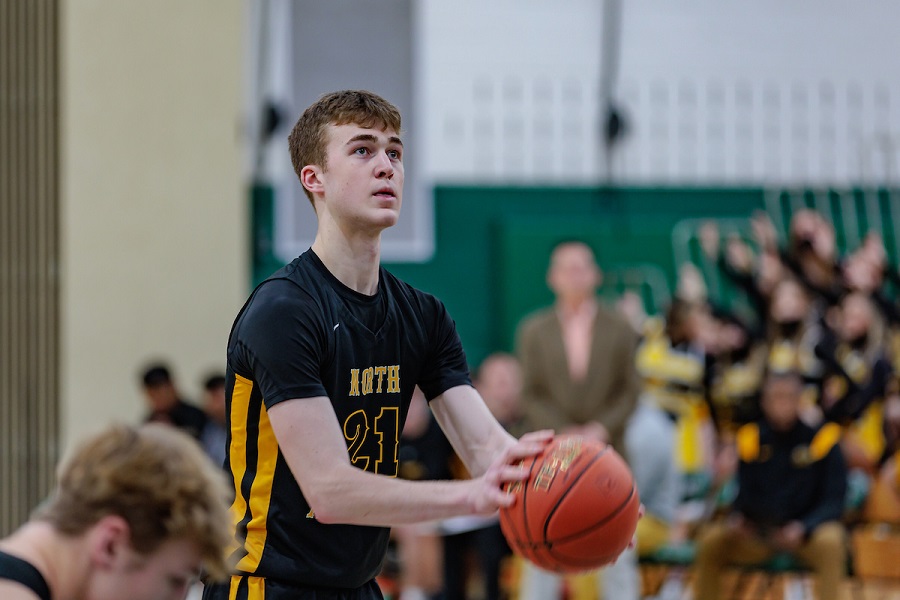 The North Allegheny boys’ basketball team made the trek to Erie on Tuesday night for a non-section game with McDowell and came away with a convincing 67-37 victory. The win snapped a four-game losing streak for the Tigers, who broke open the game with a big second half.

Leading 27-21 at intermission, North Allegheny took control of the game by outscoring the host Trojans, 20-8, in both the third and fourth quarters. In all, nine different players scored points for NA in a well-balanced performance.

North Allegheny improves to 9-4 on the season and will return to Section 1-6A action with a home game against the Butler Golden Tornado on Friday at 7:30 p.m. The contest will be broadcast live via the internet by the North Allegheny Sports Network.