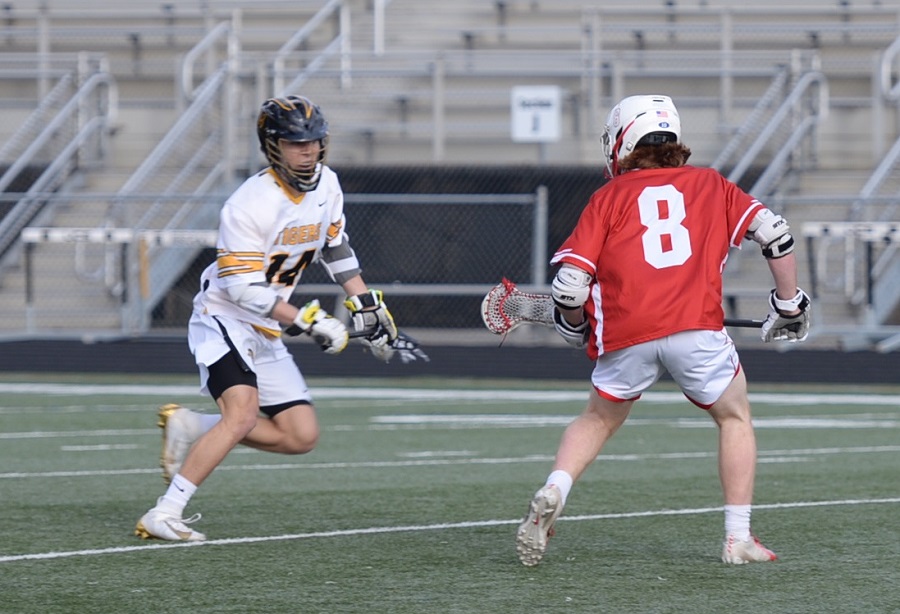 For the second straight game, the North Allegheny boys’ lacrosse team poured in 18 goals against their opponent en route to an 18-3 victory. On Saturday night at Newman Stadium, the victim of this offensive barrage was Thomas Worthington from Ohio in a non-section matchup.

Leading the charge of this NA light brigade were junior attack Isaiah Davis and sophomore attack Nick Eck, who scored six and four goals, respectively. Davis scored the first four goals of the night and five of NA’s seven goals in the first quarter.

North Allegheny remains undefeated with a 4-0 overall record. The Tigers will host Upper Arlington on Sunday at 2:30 p.m.