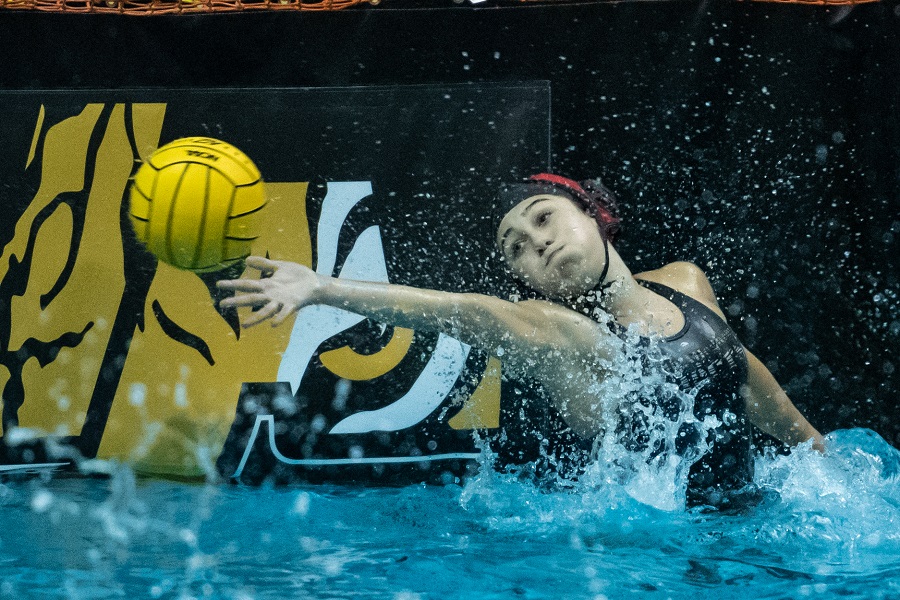 The North Allegheny water polo team played host to the McDowell Trojans on Tuesday night at NASH and came away with a pair of victories. The Lady Tigers started the evening with a 13-6 win and the NA Boys won the nightcap, 17-9.

In the opener, the NA Girls took an immediate 1-0 lead when junior Rebecca Melanson scored 53 seconds into the game. To their credit, the Trojans hung tough with the Tigers in the early going and tied the game at 1-1 on a goal by Stella Beilharz with 1:47 to go in the opening stanza.

North Allegheny took control of the game in the second quarter and grabbed the lead on a marker by senior Sharon Li for a 2-1 advantage. Senior captain Anna Kegel netted three straight goals before the end of the period to give North Allegheny a 5-1 lead at intermission. Kegel finished the night with six goals, giving her a team-best 95 on the season, and earned Wright Automotive Player of the Game honors.

The second half became a track meet, favoring the skillful Tigers, and North Allegheny pulled away in the final 14 minutes for a 13-6 triumph. Melanson finished with a hat trick, two assists and two steals. Senior Natalie Marquiss netted a pair of goals to go along with two assists and two steals. Senior Emma Donnelly checked in with one goal and sophomore goalie Izzie Trunzo made 16 saves to earn the victory.

In two previous matchups with McDowell, the NA Boys used a strong first half to trounce the Trojans. In similar fashion on Tuesday night, the Tigers were once again bolstered by a quick start as junior Sean McClellan scored three times in the first 3:12 for an immediate 3-0 lead. Following a goal by McDowell’s Owen Hardner, the Tigers’ Jonathan Mowry scored his first of four goals to give NA a 4-1 lead after one quarter.

Despite two goals from Hardner in the second quarter, the Tigers continued to pull away with two more goals from McClellan, two from junior Ben Gavran and another by Mowry for a 9-3 lead by halftime. McClellan totaled six goals on the night, giving him a team-leading 65 on the campaign, on his way to Wright Automotive Player of the Game honors.

The Tigers cruised in the second half en route to the 17-9 win. Along with big nights from McClellan, Mowry and Gavran, junior Asher Jones posted a hat trick with three consecutive goals in the third quarter. Other goal scorers included Justin Morrison and Anthony Hollo in the second half. For the Trojans, Hardner scored eight of McDowell’s nine goals.

With the victories, the NA Boys improve to 12-2 overall and the Lady Tigers jump to 13- 2 on the season. The North Allegheny water polo team visits Cathedral Prep on Thursday at 6:00 p.m.