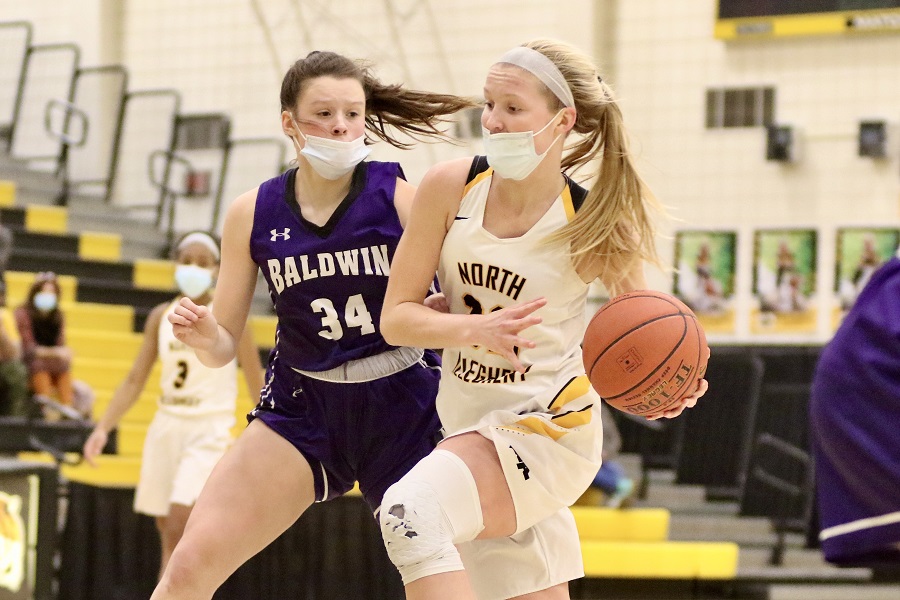 Less than 24 hours after a big non-section win against Chartiers Valley, the North Allegheny girls’ basketball team returned to the hardwood on Saturday afternoon and earned a 57-40 win over Baldwin.

The contest was a rematch of last year’s WPIAL quarterfinals, in which NA topped Baldwin, 65-46, en route to a third WPIAL crown. In similar fashion on Saturday, the Tigers opened up a 34-19 lead at the half and led the rest of the way.

Senior Lizzy Groetsch paced the offense with a game-high 24 points, with 16 coming in the first half. Senior Paige Morningstar touched double figures with 10 points, while Emma Fischer and Kellie McConnell chipped in with nine and eight points, respectively. Meghan Dryburgh was the top scorer for the Highlanders with 10 points on the day.

North Allegheny improves to 15-0 overall with its 28 wins a row, the longest current streak in the WPIAL. Baldwin slips to 4-6 overall on the season. The Tigers are slated to face Shaler on Monday night at 7:30 p.m., weather permitting.