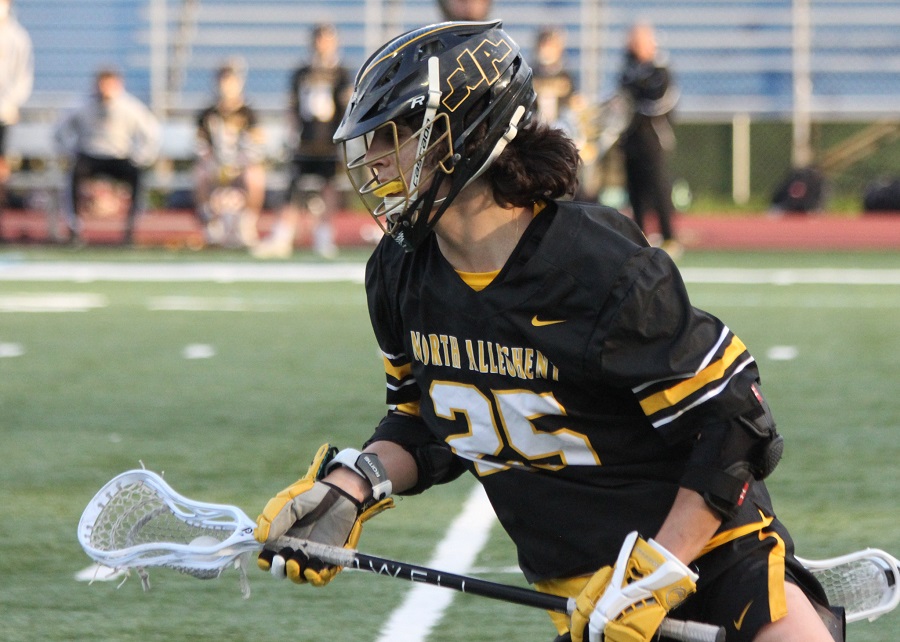 Despite an early 2-0 deficit, the Tigers got back-to-back goals from senior Ben Rohan to tie the score at 2-2 with 6:52 remaining in the first quarter. Bordo scored his first goal with 2:41 left in the period and Eck added a goal just 40 seconds later for a 4-2 lead.

Peters Township scored the next two goals to even the score at 4-4 with 10:34 remaining in the second quarter, but NA regained the lead on Eck’s second goal of the night for a 5-4 lead going into intermission.

With the regular-season ending win, North Allegheny improves to 9-4 overall and will prepare for the WPIAL playoffs next week. The Tigers will have a first-round bye and will take on the winner of Bethel Park/Fox Chapel game in the WPIAL quarterfinals on Thursday at 5:30 p.m. at Mt. Lebanon High School.