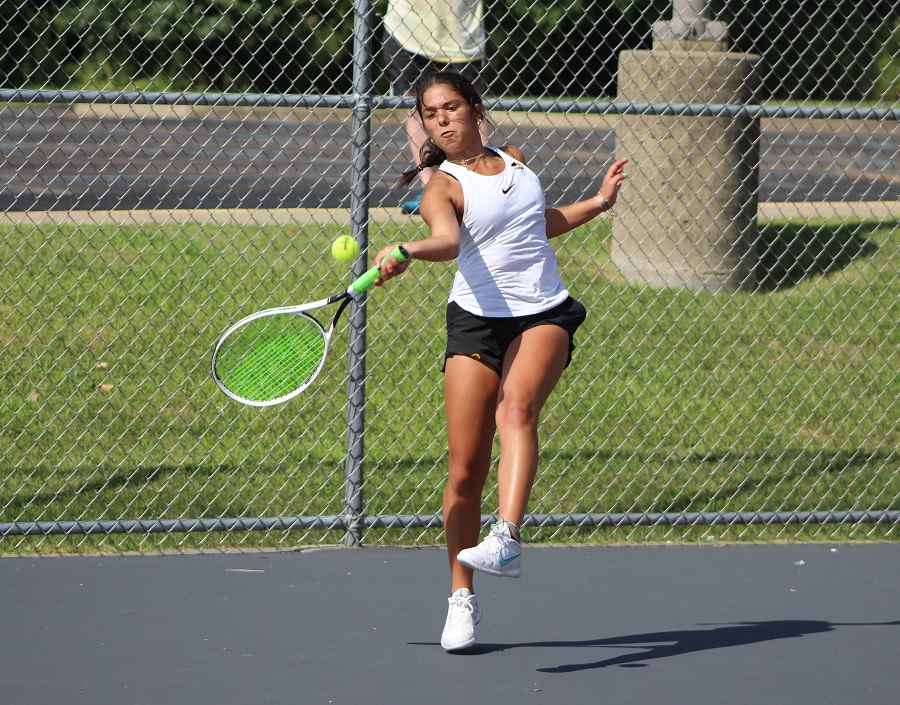 The North Allegheny girls’ tennis team continued its torrid play to begin the 2022 season with a 5-0 sweep at Seneca Valley on Thursday afternoon. It’s the fourth straight win for the Tigers and second in a row in section play.

North Allegheny once again owned the court in singles play with junior Sara Fernandez and senior Emily Wincko earning identical 6-0, 6-0, wins at No. 1 and No. 2 singles, respectively. At No. 3 singles, senior Abbey Swirsding yielded only a single point to Bridget Elms in a 6-0, 6-1, victory.

The success continued in doubles action as the No. 1 combination of Reagan Dougherty and Rebecca Murphy cruised to a 6-0, 6-1 win against Sydney Blucher and Lilie McElhinny. At No. 2 doubles, Tia Soussou and Eileen Hu collected a 6-0, 6-1, victory against Marlee Jones and Lily Wood.

North Allegheny improves to 4-0 overall and 2-0 in the section. The Tigers will look to continue their winning ways on Tuesday at home against Mars.