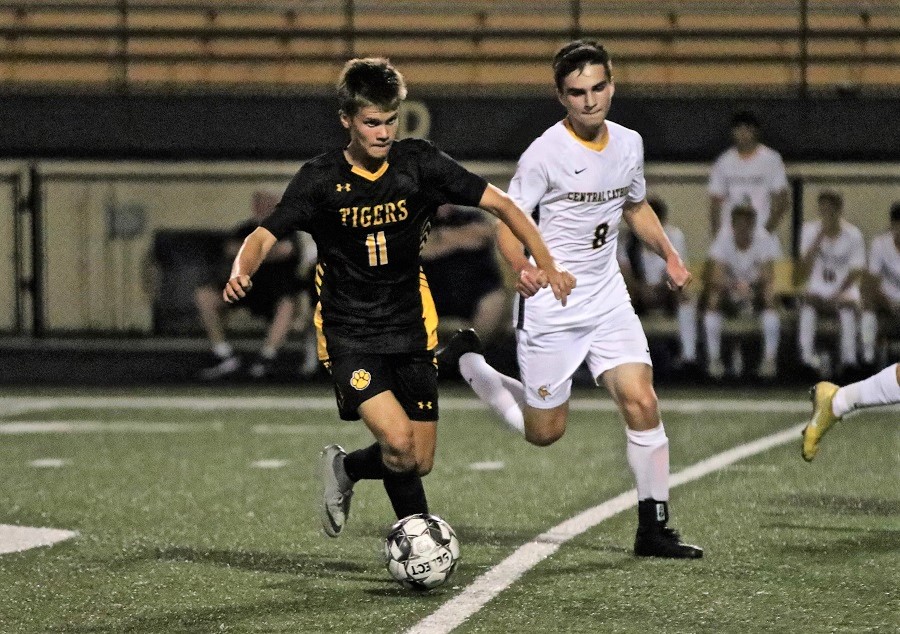 The Vikings held the early advantage, scoring the game’s opening goal just 1:23 into the contest off the foot of junior William Koloc. That would be the only offensive highlight for the rest of Central’s game, as the Tigers grabbed a majority of the offensive possession for the rest of the game. With 3:39 left in the first half, and after a few near goals, Jonathan Ross booted a free kick from Watoward the Central Catholic net, which was headed for a score by sophomore Evan Anderson to tie the game at 1-1.  The Vikings thought they had the go-ahead goal with a second left on the first half clock, but the officials called a Central Catholic player offside, which took the score off the board.

The second half was all Tigers, as NA controlled the offensive tempo throughout. With 34:24 left in the game, a Jason Roman header accounted for the eventual game-winner in a 2-1 triumph.

Evan Anderson earned Wright Automotive Player of the Game honors for his game-tying goal and strong play throughout the contest.

Central Catholic falls to 1-4 on the season and 0-3 in Section play.  The Vikings next take on Allderdice later this week.

North Allegheny improves to 4-1 overall and 2-1 in section play. The Tigers face Butler in a section game at home Thursday at 7:30 pm.