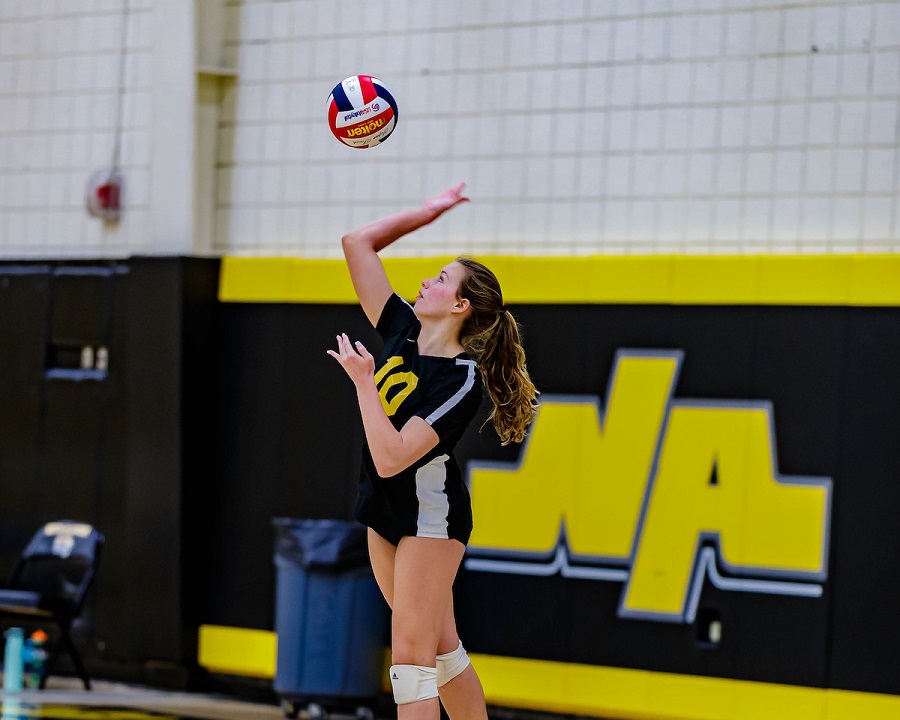 Since their 27-match winning streak was snapped against Shaler, North Allegheny appears to have developed a chip on its shoulder. That was on display against Butler in a 3-0 sweep (25-15, 25-8, 25-19). The win marked the fourth consecutive sweep for the Tigers.

Butler jumped out to a 3-0 lead in the first set behind two aces from Maisy Gibson. But a service error gave the ball to North Allegheny and Ella Deeter spearheaded a 6-point run and the Tigers never looked back. Jadyn Perkins had six of her eight kills in the first set, many of them off perfect passes from Mia Tuman.

The second set was tied at 1-1, before the Tigers ran off an 8-0 run which helped them cruise to a 17-point win.

As easy as that set was, the third set was a different story. A determined Golden Tornados squad again jumped out 3-0 and twice Butler led by seven points. Trailing 16-9, the Tigers scored thirteen of the next fifteen points and stayed on top to win 25-19, in turn sweeping the regular season series from Butler.

The most consistent presence at the net for North Allegheny was Carissa Treser. The junior outside hitter led the Tigers with eleven kills. For her efforts, Treser was named the Wright Automotive Player of the Match.

North Allegheny travels to Central PA. this Saturday to play in the State College Invitational before returning to WPIAL action on Monday night with a non-section matchup against Oakland Catholic. That Senior Night match will be broadcast on the North Allegheny Sports Network.