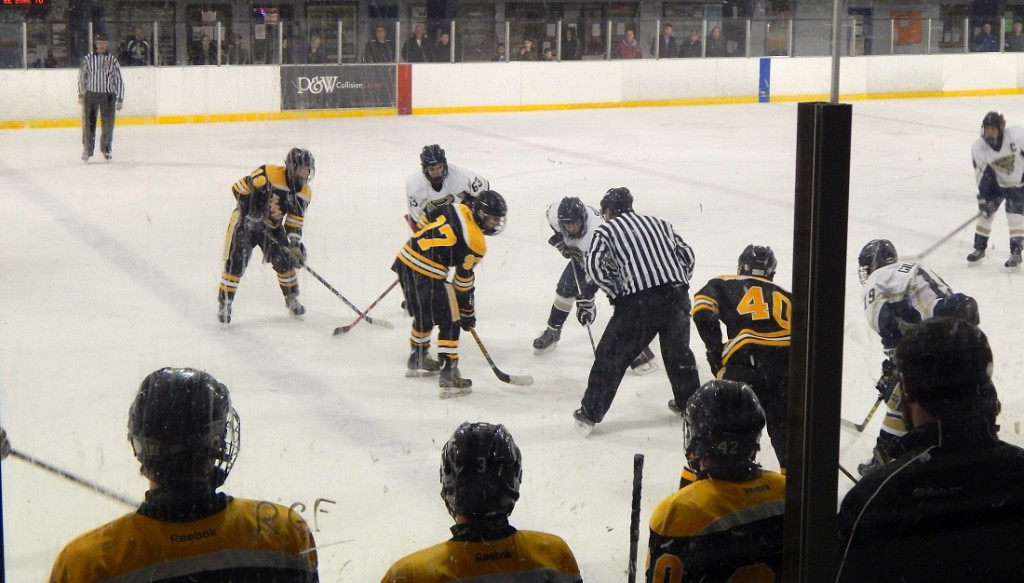 Joseph Zappia’s third period goal broke a 4-4 tie and lifted North Allegheny to a 5-4 victory over the Butler Golden Tornado on Monday night at the Ice Connection of Pittsburgh. The win was the Tigers fourth in a row vaults the Tigers into a second-place tie with the Tornado in the Class AAA standings with both teams sitting at 17 points on the season.

It was another seesaw affair for the Tigers as NA built a 2-0 first period lead behind goals from Dawson Richard and John Parks. Butler answered with a pair of power play goals, one by Trevor Gilliland and another by Ben Rodgers, to tie the game at 2-2 midway through the second period.

Richard scored his second goal of the night, this time on a power play, to pull NA ahead at 3-2 wat the 8:45 mark of the second period. Just 28 seconds later, Butler knotted the score again at 3-3 thanks to a power play goal by Gilliland. Parks responded with an even strength goal for NA with 2:07 remaining in the second period to give the Tigers a 4-3 leading going into intermission.

In the third period, Butler’s Brendan Ackelson evened the score at 4-4 with a marker only 39 seconds into the period. However, Zappia gave the Tigers the lead for good with 11:15 remaining in the game to bring the score to 5-4, North Allegheny. NA goalie Joseph Hubert made sure the lead stood as he stopped 26 pucks in the victory.

North Allegheny improves to 8-4-1 on the season with the win. Butler dips to 8-3-1 on the campaign. The Tigers will try to keep the roll going on Friday, January 22, with a home contest against Canon-McMillan. Faceoff is slated for 8:30 pm.