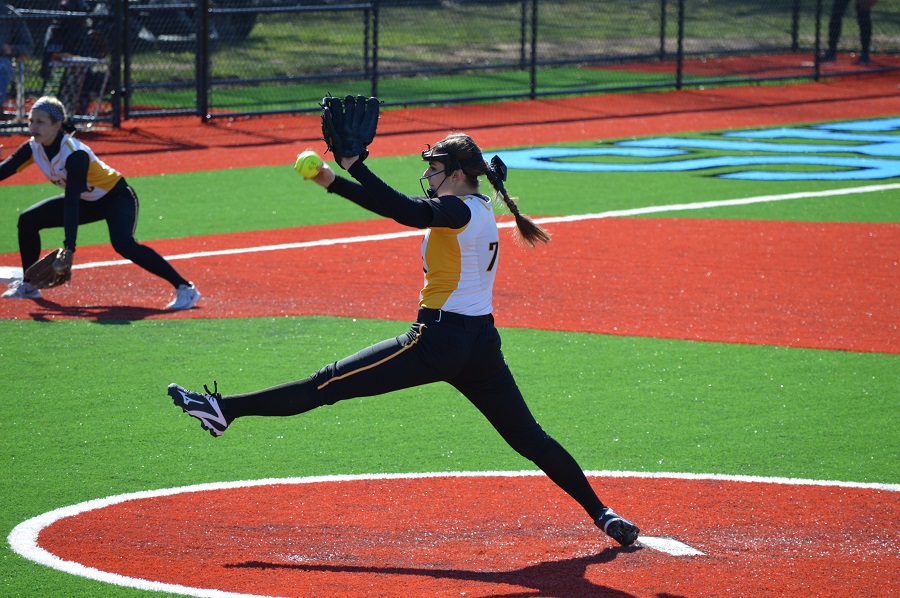 The North Allegheny Varsity Softball Team traveled to Harmony, PA, on Tuesday afternoon to take on the Seneca Valley Raiders on their new turf field, which is an outstanding venue. The Tigers left with a hard-fought victory, the final score being 5-1. After three scoreless innings in which North Allegheny stranded six base runners, NA ended the drought with two runs in the top of the fourth. Senior designated player Laura Ryder led off the inning with a single to left-center field. With one out, senior third baseman Allie Green laced a triple to right-center field to drive in run number one. A two-out single by sophomore left fielder Anna Pilotta brought Green home to give the Tigers a 2-0 advantage.  Seneca Valley quickly narrowed the gap in the bottom of the fourth on a home run to left field by center fielder Elayna Nagy to cut the margin to 2-1. Despite several threats by both teams, no further runs were scored until the top of the seventh, when North Allegheny put things away with a three-run insurance policy. Sophomore center fielder Shannon Hamm led off with a perfectly placed bunt single. Following a sacrifice bunt by Pilotta, and a ground out, freshman shortstop Rachel Martindale worked a walk, putting runners on first and third. Senior pitcher Madi Beining then looped a single into center field to drive in Hamm. Junior pinch hitter Jacqui Sieber singled home Martindale, driving in the inning’s second run. A single by Ryder sent courtesy runner Brooke Serbin across the plate to make the final score 5-1 in favor of the visiting Tigers.

Beining picked up her fifth win of the season against no losses by allowing six hits while walking one and striking out eleven Raiders. The win raises the Tigers’ overall record to 5-0, and gives them a 2-0 mark in Section 3AAAA play. Up next is a trip to Pine-Richland on Wednesday afternoon to take on the Rams in a section battle. First pitch is scheduled for 4:00 PM.