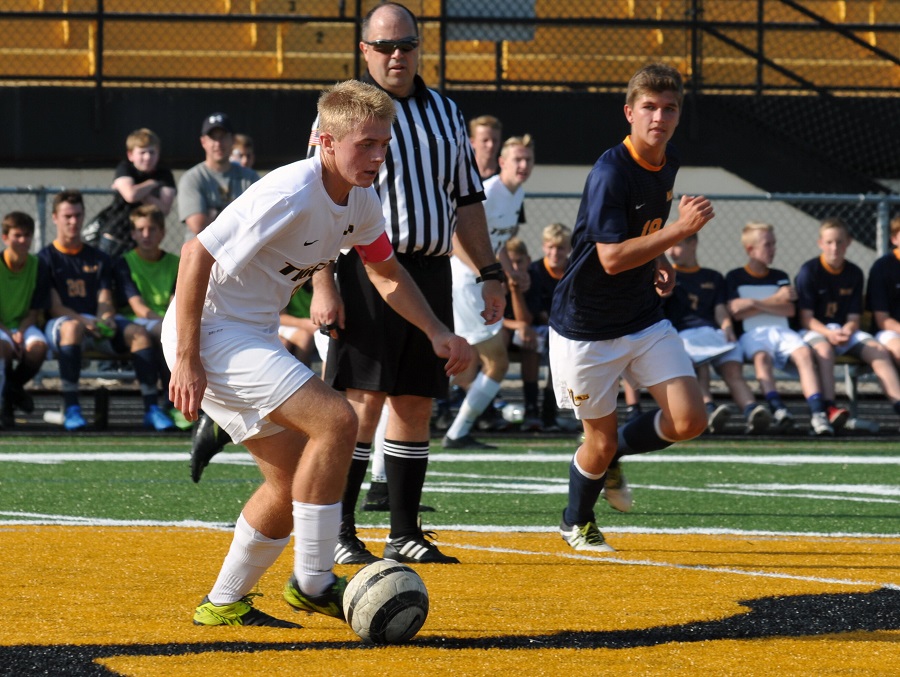 The NA Tigers concluded the 2016 regular season Monday evening with a convincing 4-0 victory over the Hampton Talbots at Fridley Field Stadium.   No longer in the same classification due to this year’s realignment of teams, the former section rivals both entered the game in second place in their respective sections.  Putting pressure on the Talbots right from the start, Ben Cinker started the scoring by converting a penalty kick at the 26:37 mark of the first half.  The Tigers continued to generate chances for the remainder of the half with a 7-2 advantage in shots but couldn’t add to the lead.

The second half saw the Tigers continue to dominate play and it paid off handsomely with three unanswered goals.  Will Brunner scored on a shot from just outside the top of the box with an assist to Sean Atwater at 28:54.  Cam Yurick then took over by adding two goals – the first by converting a rebound off a Brunner header at 20:18, and the second by beating the Hampton keeper from in close with an assist to Sam Buirge at 6:05.  For the game the Tigers unofficially outshot the Talbots, 19-5.

The Tigers conclude the regular season with a record of 11-2-5 and now look forward to this year’s WPIAL playoffs.  The brackets/schedules will be announced this Wednesday.