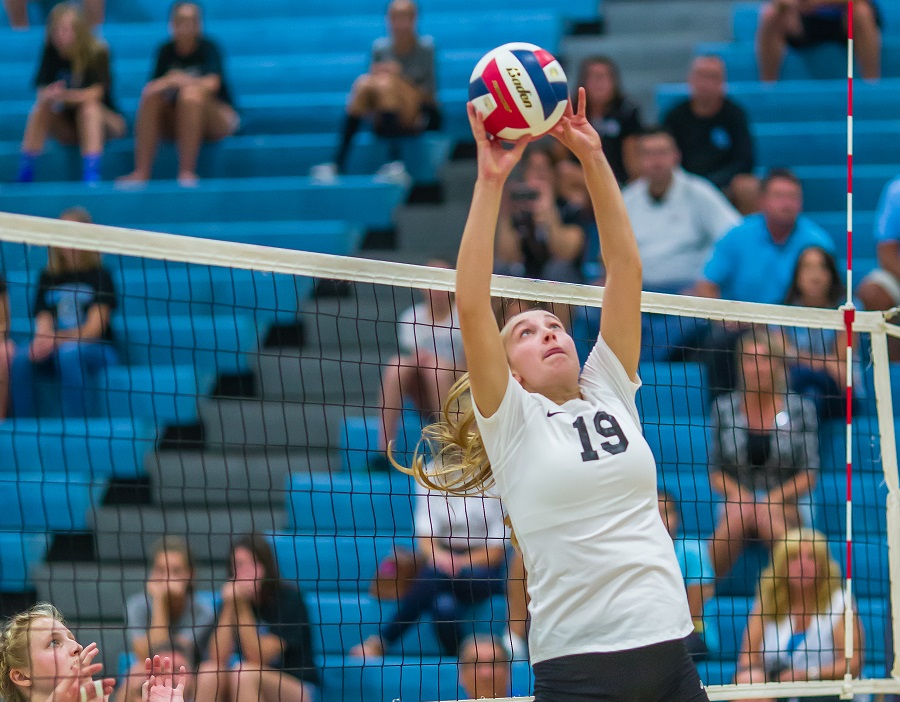 After missing all of the 2014 season due to injury, All-WPIAL setter Beth Muhlenkamp made a dazzling return to the lineup and helped the top-ranked Lady Tigers to a 3-0 victory over the Pine-Richland Rams in the season opener on Tuesday night. Muhlenkamp dished out 29 assists in a nearly perfect passing performance and was named the Wright Automotive Player of the Game.

Muhlenkamp’s effort helped the Tigers seize the win with a clean sweep over the Rams with set scores of 25-11, 25-12 and 25-14. A benefactor of Muhlenkamp’s pristine passing was senior Lauren Swartz who hammered the Rams with eight kills. Other top hitters included senior Annika Chang and junior Maria Mosbacher who collected seven kills apiece.

The impressive opening night performance gives the Tigers a 1-0 start and sets up NA for another tough opponent on Thursday night, Seneca Valley. North Allegheny’s road contest against the Raiders will get underway at 7:00 pm.