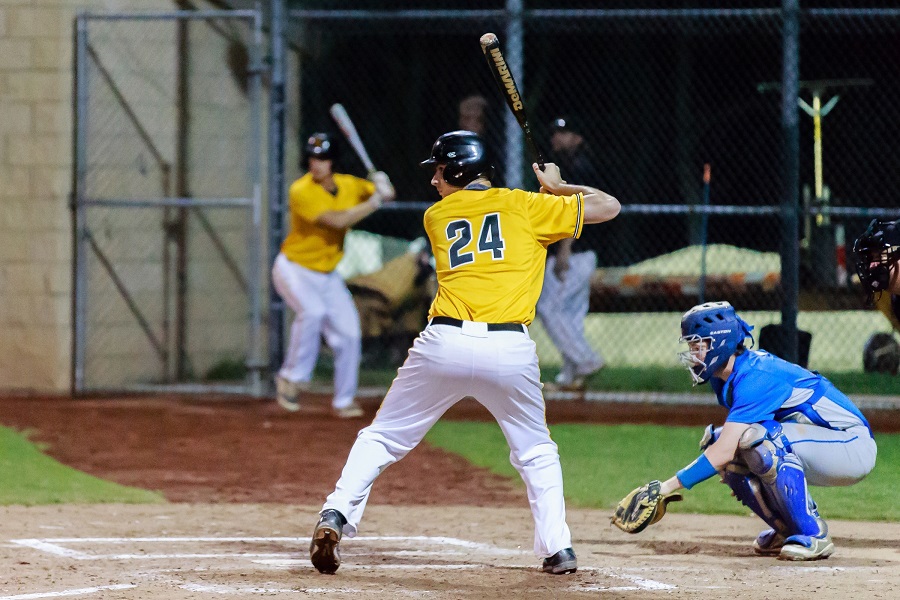 Top-ranked Plum managed only two hits against North Allegheny starter Jake Fischbaugh but the Mustangs were able to wrangle up enough runs to squeak by the Tigers, 3-2. It was a hard luck loss for Fischbaugh who worked a complete game and struck out eight. Senior Zach Nolan picked up the win for Plum with five innings on the bump. Ethan Winesburgh pitched the last two innings scoreless to earn the save.

Plum took a 2-0 lead in the bottom of the first inning on a two-run homer by Alexander Terrell. The Mustangs’ only other hit in the game was a lead-off single in the bottom of the third by Alex Kiriloff who advanced to third base on a Tigers error and scored moments later on an RBI groundout by Taylor Vivino for a 3-0 lead.

The Tigers began to claw back in the top of the fourth inning when Bobby Brown singled home Jon Dignazio to cut the score to 3-1, Mustangs. Ben Marsico scored later in the inning to trim the deficit to 3-2 but North Allegheny could come no closer.

North Allegheny falls to 11-8 overall with the non-section loss. Plum remains undefeated with a 17-0 record. The Tigers will play their final tune-up game before the WPIAL playoffs with a visit to Shaler on Saturday at 11:00 am.