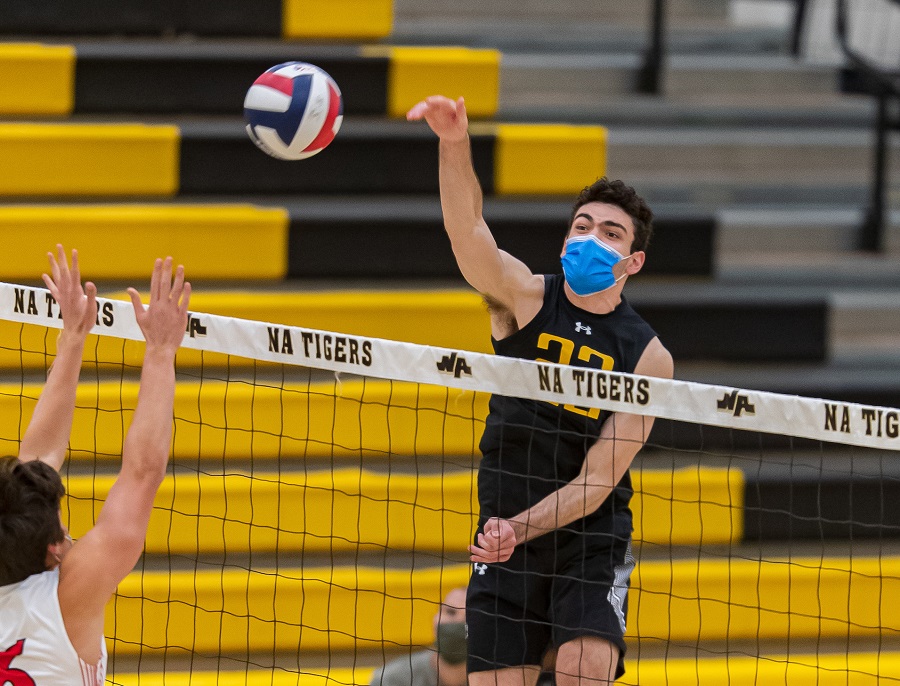 The NA offense was powered by the big swings of Michael Mosbacher and Garrett Hrvoich, who belted out 17 kills each. Hrvoich and David Sanfillipo clogged the middle of the net with five blocks each, while Peter Carioto posted a team-high two aces. Setter Caleb Schall facilitated the NA attack with a team-best 43 assists.

With the win, North Allegheny improves to 5-0 overall and 5-0 in the section. Seneca Valley falls to 3-1 in the section. The Tigers will take part in the Koller Classic at Central York on Saturday.