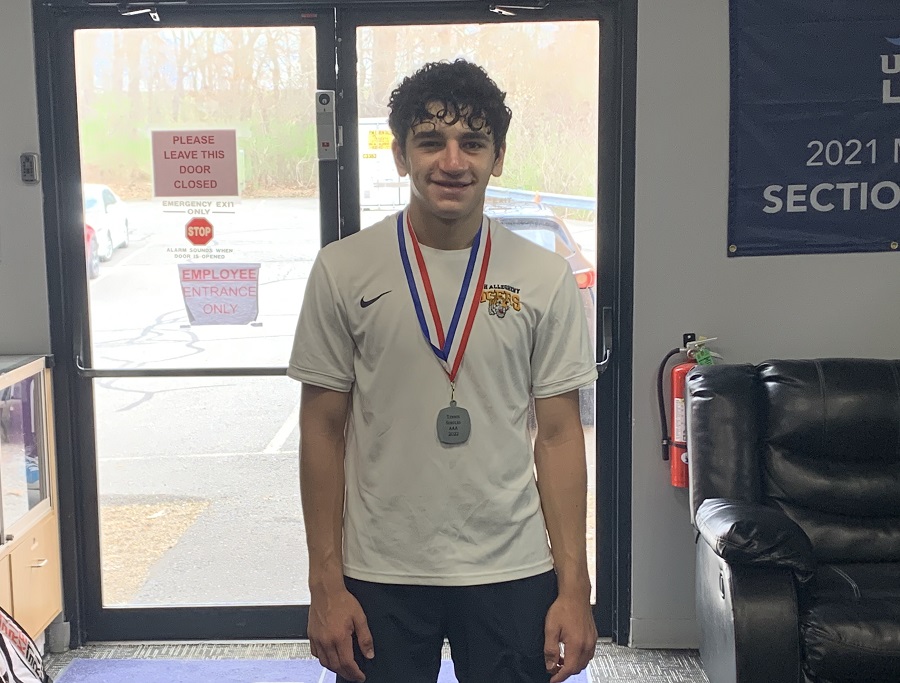 Sophomore Trey Davidson reached the finals of the WPIAL 3A Singles tournament and faced off with defending champion, Jake Patterson of South Fayette.  Playing indoors at the PURE Athletex complex Wednesday afternoon, Patterson, the overall top seed controlled play from the start and won his second consecutive WPIAL title.  Davidson, making his high school debut this season, has made it memorable by reaching the championship round in his first try.

Both Davidson and Patterson have qualified for the 3A PIAA Singles Championship Tournament next month in Hershey.  Congratulations to Trey Davidson for representing the Tigers with championship- caliber play.