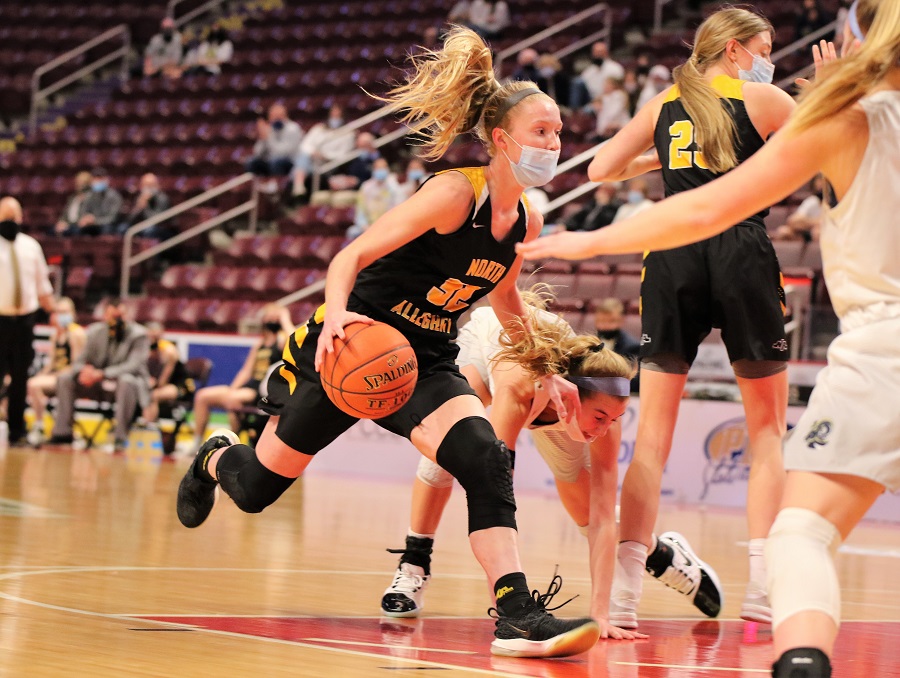 In what will be the first of many postseason accolades for the members of the North Allegheny girls’ basketball team, senior guard Lizzy Groetsch has been recognized as the Class 6A Player of the Year and head coach Spencer Stefko as the Class 6A Coach of the Year by Trib Live HSSN.

Below is an excerpt from Don Rebel’s article, which can be found by clicking here.

An additional article by Don Rebel on Lizzy Greotsch can be found by clicking here.

The 5-foot-11 senior had a standout season for the only district girls team to win a state championship. Groetsch averaged over 16 points per game and saved her best play for the postseason. Groetsch scored 24 points in North Allegheny’s WPIAL title game victory over Upper St. Clair, then pumped in 24 points in a state semifinals victory over Cumberland Valley and 22 points in the PIAA title game triumph over Spring-Ford. She heads to Philadelphia, where she will attend the University of Pennsylvania.

After great success at Chartiers Valley and Seton LaSalle, all Spencer Stefko has done in his six years at North Allegheny is take the Tigers to six straight WPIAL title games, win four WPIAL championships, including a second straight this season, and collect the program’s first PIAA state crown. NA finished 27-1 as the Tigers have lost only 10 games in the last five years.