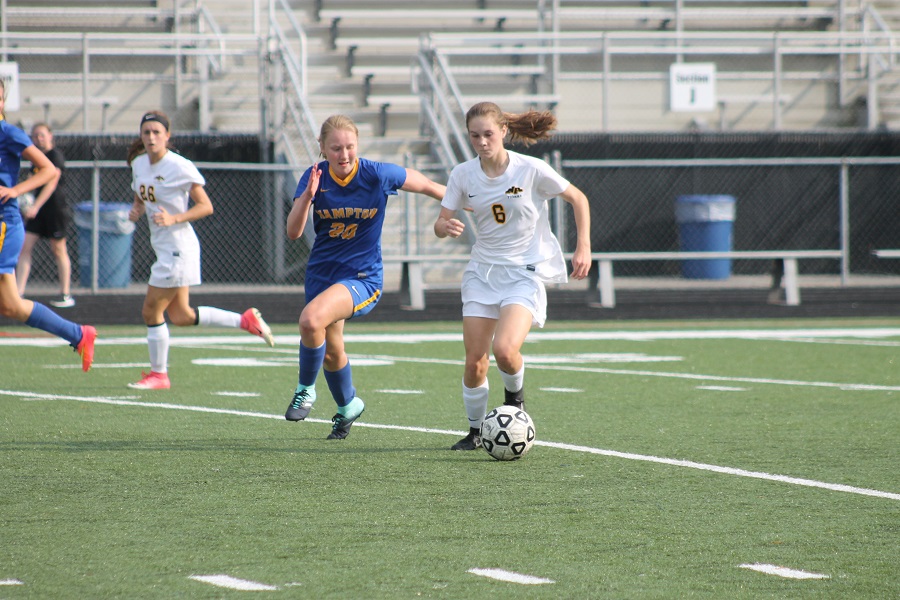 Entering the Class 4A girls’ soccer semifinals, North Allegheny was riding high after its 2-0 quarterfinal win against top-seed and section rival, Pine-Richland. They also knew that even though they were the No. 4 seed, Wednesday’s semifinal match at Fox Chapel will be their toughest test of the playoffs.

That proved to be the case as the Knights scored the game-winning goal 1:45 into the game en route to their 2-0 win, advancing to their third straight WPIAL Championship.

Norwin’s fast start was led by senior Emily Harrigan. The Rutgers University recruit showcased her Division I talent, floating a perfectly placed ball from 35 yards out over the outstretched arm of TIgers’ goalkeeper Olivia Ruppersberger for the 1-0 lead. Harrigan had 85 career goals entering the playoffs.

Facing their first deficit of the 2017 WPIAL playoffs, the Tigers responded well by controlling the tempo for the remainder of the first half. Although they were able to pepper Norwin goalie Sam Wexell with shots, none posed as serious threats to get past the all-section goalie.

North Allegheny went into the half feeling good about themselves, trailing the No. 40 ranked team in the country by Top Drawer Soccer by one goal.

The Knights showed why they earned that ranking by coming out storming in the second half. Harrigan was in the middle of it again, as she hustled to North Allegheny’s endline, floated a pass towards the middle of the box, and found Katherine Erickson’s foot that found the back of the net for the 2-0 lead. Senior Julia Correa allowed the goal, who switched with Ruppersberger at goalie during halftime. It is a tactic used by head coach Chuck Kelley all season.

The Tigers couldn’t find any openings in the Norwin defense, allowing Wexell, the Ohio University commit, to record her 49th shutout of the season. It was also her second shutout in four games against the Tigers.

A year after missing the playoffs, the Tigers surprised many by making it to the semifinals. A lot of the turnaround dealt with the leadership of the seniors. For that, the senior group was awarded the Wright Automotive Players of the Game.

The loss did not end the Tigers season, as they will play Upper St. Clair on Wednesday in the consolation game at a site and time to be determined for a spot in the PIAA playoffs. The Tigers defeated the Panthers 2-0 in the regular season.