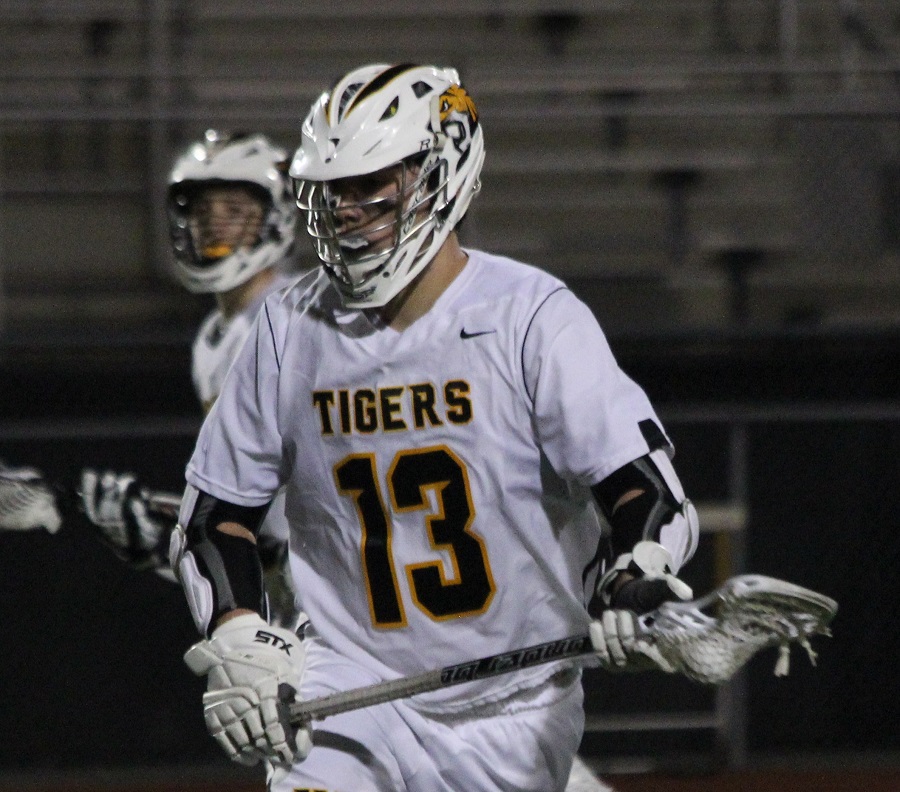 A second-half rally fell narrowly short for North Allegheny as the Tigers dropped a hard-fought 11-10 decision to Western Reserve Academy. The game was originally tabbed for Ohio over the weekend but wintry weather forced this spring contest to be played on Monday night at Newman Stadium.

The Tigers faced a 5-1 deficit at halftime but roared back in the second half behind a six-goal performance from sophomore Wes Powell. Contributing to the NA attack was freshman Ben Maenza who netted a pair of goals, while senior Trevor Perry and sophomore Jono Pelusi tallied one goal apiece. Helping NA on the defensive side of the ball was Maenza with seven forced errors and junior Jack Kairys who corralled a team-high 15 forced  errors.

North Allegheny took a 7-6 lead with 7:18 remaining in the fourth quarter on Powell’s fourth goal of the night. However, Western Reserve answered back with four straight goals to grab a 10-7 lead with 3:55 to play. The Tigers scored three of the next four goals and staged a terrific rally to cut the Western Reserve lead to 11-10. With the Tigers still challenging for the game-tying goal in the waning seconds, time ran out on NA and Western Reserve escaped with a one-goal victory.

The Tigers drop to 2-3 overall with the non-section loss. North Allegheny, who sits at 2-0 in Division 1, Section 2, will return to section play on Wednesday night with a home contest against the Butler Golden Tornado. The game will be broadcast live via the internet on the North Allegheny Sports Network.