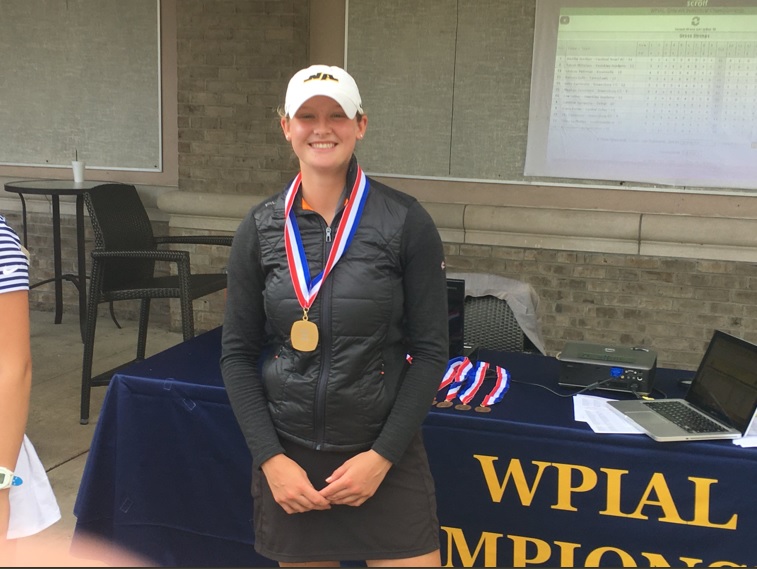 Wrigley is the first to claim a WPIAL three-peat since Jodi Figley of Hopewell, who went on to grab four consecutive titles from 1983-1986. Wrigley is the niece of Frank Fuhrer III of Fox Chapel, who won three straight WPIAL boys golf crowns from 1974-1976.

Top seven golfers from the WPIAL finals, including Wrigley, advance to the PIAA Western Regional at Tom’s Run Golf Course on Oct. 15.

Other Tigers who competed on Wednesday were Christina Lewis and Bella Walter who each shot a 10-over, and junior Esha Vaidya who shot a 14-over. For a complete list of golfers from the Class AAA WPIAL individual finals, click here.

(Photo and video courtesy of Bill Beckner and Trib HSSN.)