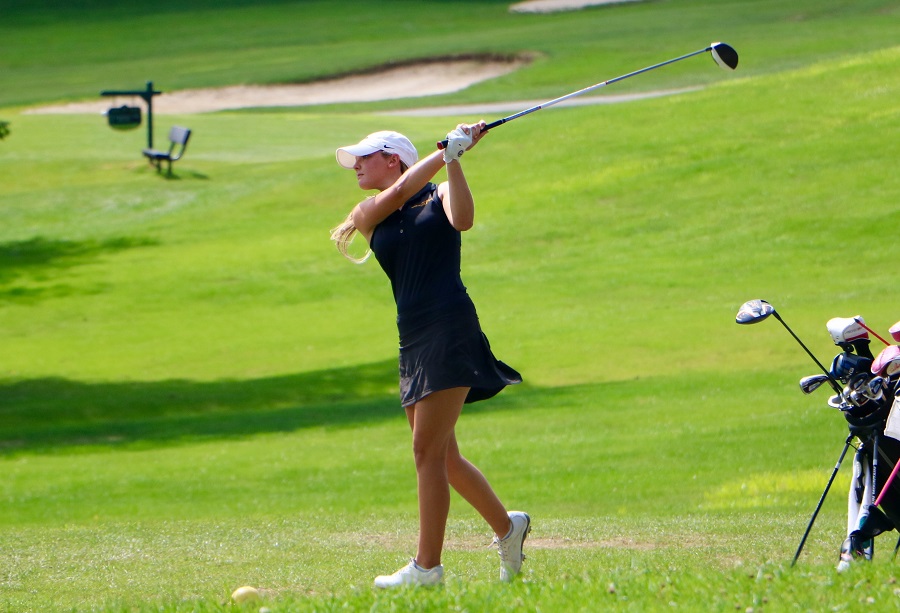 Already a WPIAL Class AAA individual champion, North Allegheny junior Caroline Wrigley is not only one of the best golfers  in Western Pennsylvania but is also among the elite golfers in the country. Wrigley recently competed in the 42nd Junior Girls PGA Championship on July 18-21 in St. Albans, Mo. It was the second straight year Wrigley has participated in the national event.

Despite narrowly missing the cut, Wrigley reached St. Albans courtesy of a second-place finish at the Tri-State Junior Girls PGA Championship at Fox Run Golf Course. She shot a 3-under par and a total score of 144 at the June 15 event. Wrigley capped her phenomenal day with a 30-foot putt for eagle on the final hole.

Heading into her junior season, Wrigley has committed to Furman University and is a member of a North Allegheny team that is seeking a third straight WPIAL crown and a third consecutive appearance in the PIAA finals. NA won the state title in 2015 and finished as PIAA runners-up last season. North Allegheny will open the regular season on Thursday, August 17 against Mars.