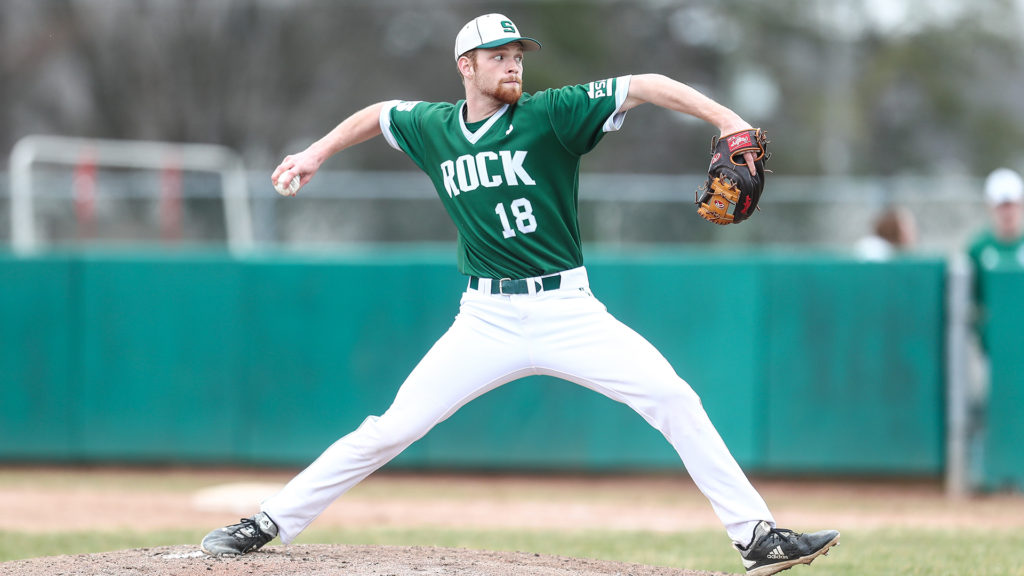 Cain, a freshman at Slippery Rock University, garnered second team recognition as a utility player. He was recently voted to the All-Pennsylvania State Athletic Conference Western Division team as well with second-team honors at first base.

Cain made an immediate impact as a freshman out of North Allegheny High School. As a position player who saw time at first base and third base, he appeared in 31 games, making 23 starts while also pitching in seven other contests. He hit .349 with 15 runs, five home runs and 23 RBI in addition to posting six doubles, one triple, two stolen bases a .627 slugging percentage, a .481 batting average with runners in scoring position and a .400 on-base percentage. On the mound, Cain went 2-2 over 16.1 innings pitched.

At the conclusion of his stellar rookie season, Cain ranked sixth in Slippery Rock freshmen history in home runs, eighth in batting average and 10th in RBI.