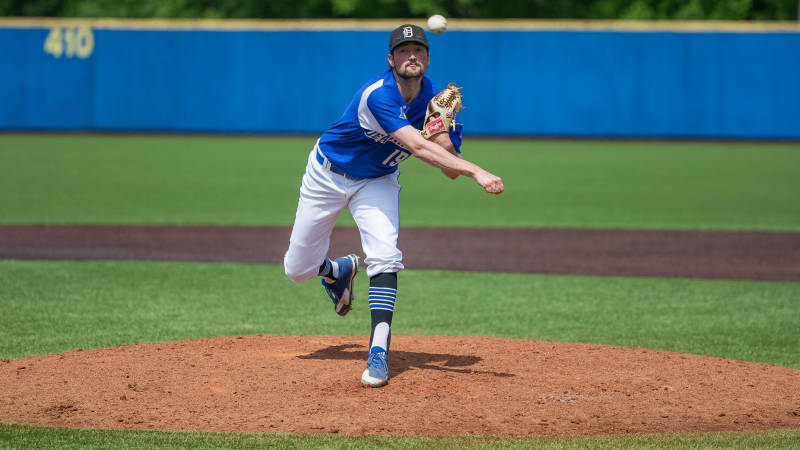 The Washington Wild Things announced the signing of former North Allegheny High School and University of Delaware star James Meeker, who will join the team’s pitching staff. Meeker will be available for tonight’s game against the Traverse City Beach Bums.

Meeker, a four-year letter winner at North Allegheny, pitched and played the field for the Tigers. The Wexford, Pennsylvania native was the first freshman to ever pitch in a varsity game in the program’s history, and also tossed the only perfect game in school history during his senior season in 2013. He and his NA teammates won the program’s seventh WPIAL baseball title in the school’s storied athletic history in 2013 as well. When he wasn’t on the mound, Meeker was slick-fielding third baseman. He was also a valuable three-point shooting guard for the North Allegheny boys’ basketball team.

He originally went to Akron before the school dropped its baseball program, after which Meeker went to the University of Delaware, where he played three seasons. He pitched in his final two seasons with the Blue Hens, and accumulated a 10-4 record with an earned run average of 3.59. In his 95 innings of work between 2017 and 2018, Meeker struck out 75 batters to just 28 walks. He started three of the 42 games he appeared in over the two seasons.