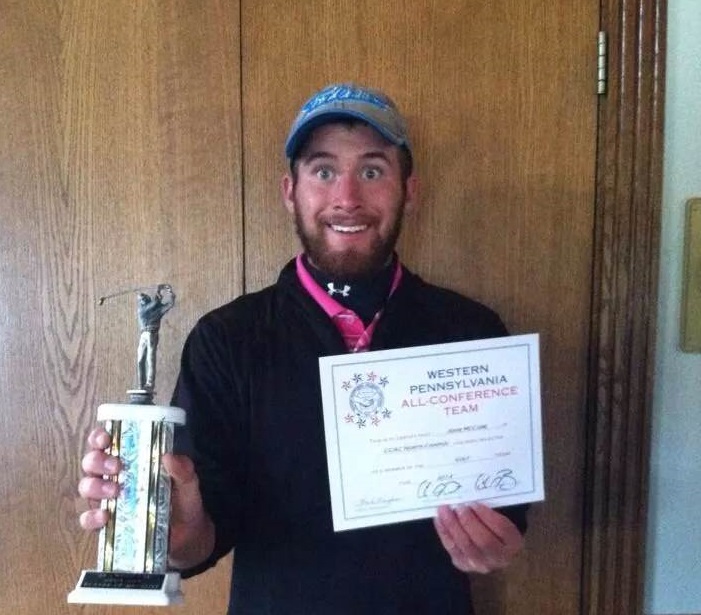 Former North Allegheny golfer John McCabe finished in second place at the 2014 Western Pennsylvania Community College (WPCC) Golf Championship earlier this month. McCabe, a 2013 North Allegheny graduate, finished with scores of 78 and 76 at the two-day event on October 4-5, just two strokes behind the leader. McCabe recently wrapped up a great season playing for the CCAC North Campus Golf Team and will hit the links at Oakmont Country Club in a couple weeks. Oakmont is hosting the 2016 U.S. Open Golf Championship and McCabe is hoping he can qualify for the open.