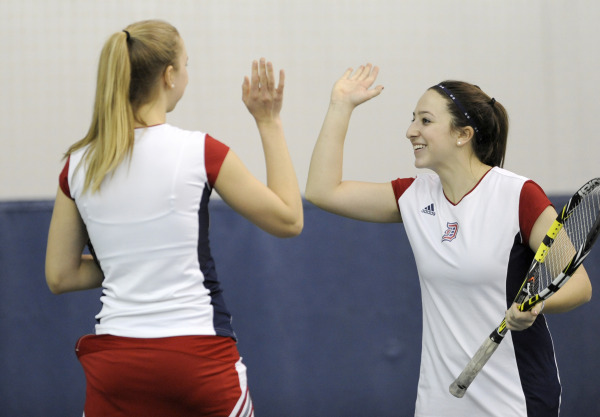 Former North Allegheny tennis player Kylie Isaacs has been named to the Atlantic 10 Conference First-Team All-Conference squad. The freshman led Duquesne with 45 total wins, which tied the single-season school record (Miriana Gundin, 1996). The 45 wins was the most-ever for any freshman in program history. Isaacs also tied the school record for freshman singles wins with 26 (Zena Wiliams, 2008). Isaacs played primarily at #1 singles where she had a record of 15-4. In doubles, Isaacs had 19 wins which was the second most for any freshman in program history. Along with partner Sarah Shashura, the duo had a 13-5 record at #1 doubles this season.