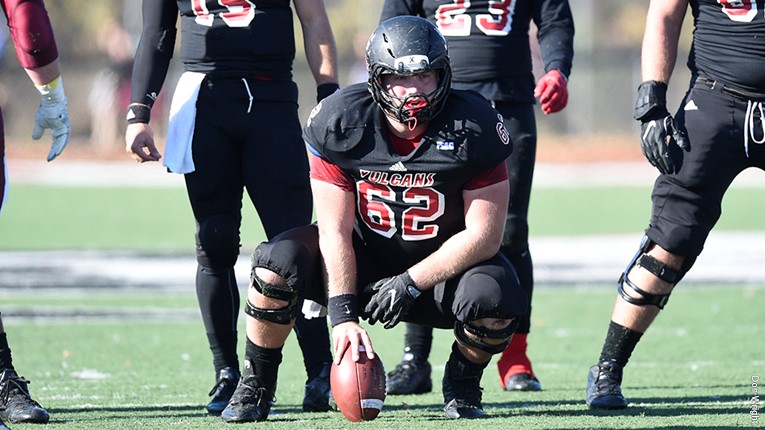 A two-year team captain at Cal-U, Nikithser was recently named an American Football Coaches Association (AFCA) Second-Team All-American while being the only center among the 10 national honorees on the offensive line. He also received All-Pennsylvania State Athletic Conference (PSAC) West laurels for a third-consecutive season, including first-team status in the last two years. Nikithser garnered Division II Conference Commissioner’s Association (D2CCA) first-team all-region honors in 2017 after being a second-team selection as a junior.

Nikithser was a semifinalist for the William V. Campbell Trophy this season after being selected a College Sports Information Directors of America (CoSIDA) Second-Team Academic All-American as a junior. He also recently repeated as a CoSIDA academic all-district selection. Nikithser received the PSAC Champion Scholar Award in 2016, while helping lead the program to its first league title in eight years.

Nikithser started two games at right guard as a redshirt freshman in 2014 before shifting to center the following season. He made 33-straight starts at center before making his first career start at left tackle during the final game of the regular season. Nikithser returned to center the following week, as the Vulcans made back-to-back appearances in the NCAA Playoffs.

Nikithser completed his bachelor’s degree in sport management last winter and will be earning his master’s degree in business administration this week.