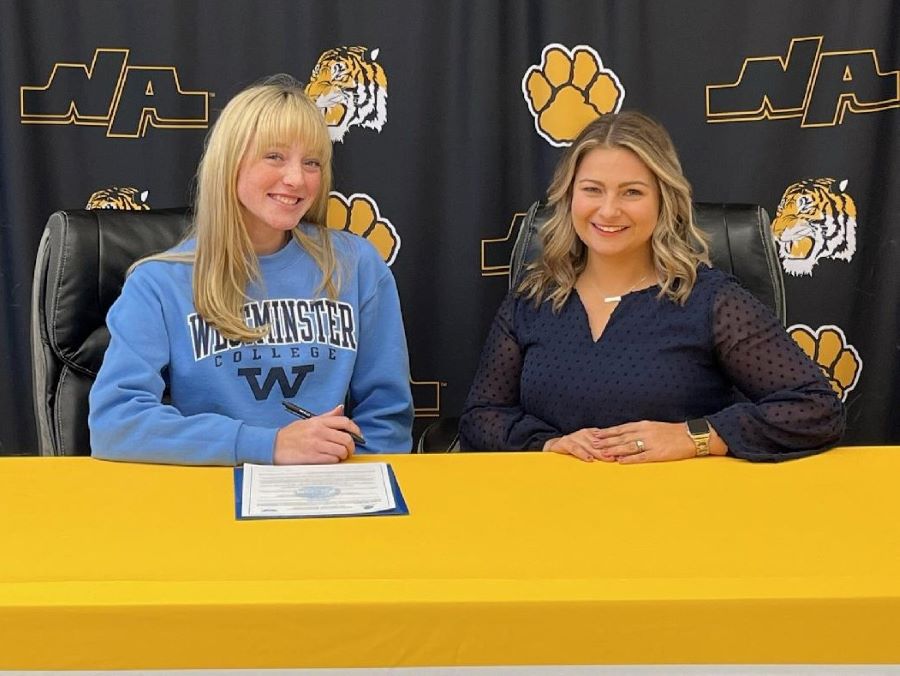 Rankin capped a sterling career at North Allegheny with an outstanding senior season in the fall. Appearing in the WPIAL individual finals for a third consecutive year, Rankin medaled with a fourth-place finish. She also won WPIAL silver as a junior in 2021.

At the PIAA individual final last month, Rankin made her second appearance at states and claimed a seventh-place medal, shooting a 75 in each round of the two-day event. Rankin played a key role in North Allegheny’s second-place finish in the WPIAL Class AAA team finals and third-place effort at the PIAA Class AAA team finals.

At Westminster, Rankin joins a women’s golf program that has won four consecutive championships in the Presidents’ Athletic Conference. The Titans were also the preseason favorite to repeat for the 2022-2023 school year.

Rankin is currently undecided on her major at Westminster College. She is pictured above with North Allegheny head coach Sarah Morrison.