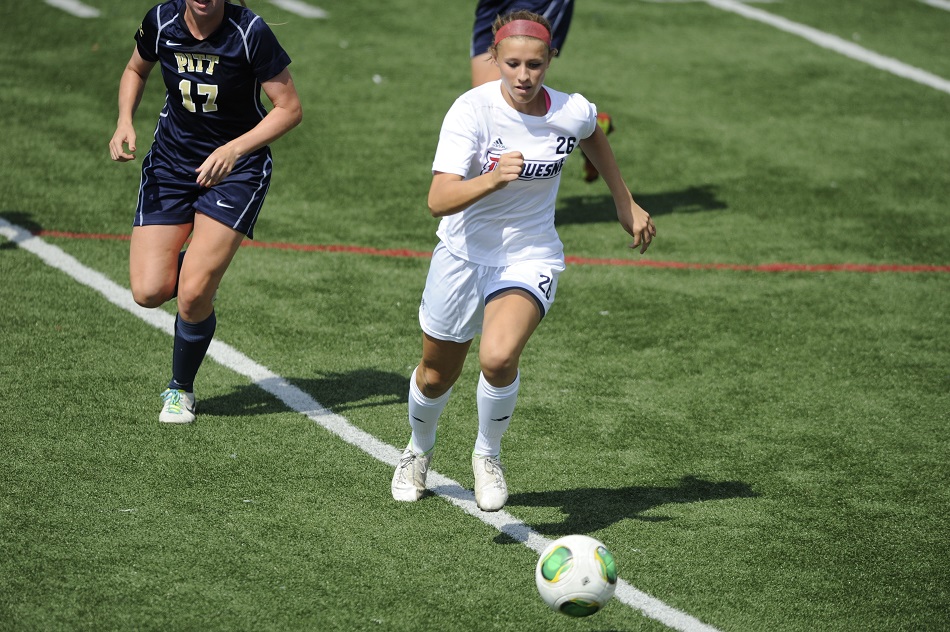 Former Tiger Maddie Layman Wins A-10 Rookie of the Week

NEWPORT NEWS, Va. – The Atlantic 10 Conference has announced that Duquesne midfielder, and former North Allegheny Tiger, Maddie Layman has been named the league’s rookie of the week.  Layman scored her first two career goals – including the game-winner – this past Friday night in the Dukes’ 3-0 victory over NJIT.  She joins teammates Amy Vinopal (10/15/12) and Devon Tabata (08/22/11) as A-10 ROW recipients.